It's 09.05 on Friday 13th (oh dear) and the fourth of our six railtours in nine days is about to depart from Carnforth. Firstly, an insight as to what was required for the tour stock to even reach Carnforth P2. The nearby West Coast Railway depot headshunt here is restricted in length which means that the tour had to leave the site in two portions and then be reformed. As the tour was to be 'top & tailed', the trailing loco on departing Carnforth (47832) was the first to leave, light engine, and proceeded into Downside Siding No2. 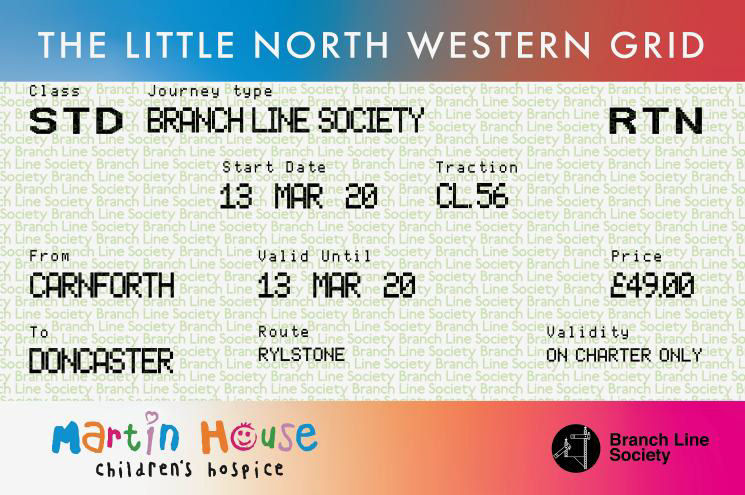 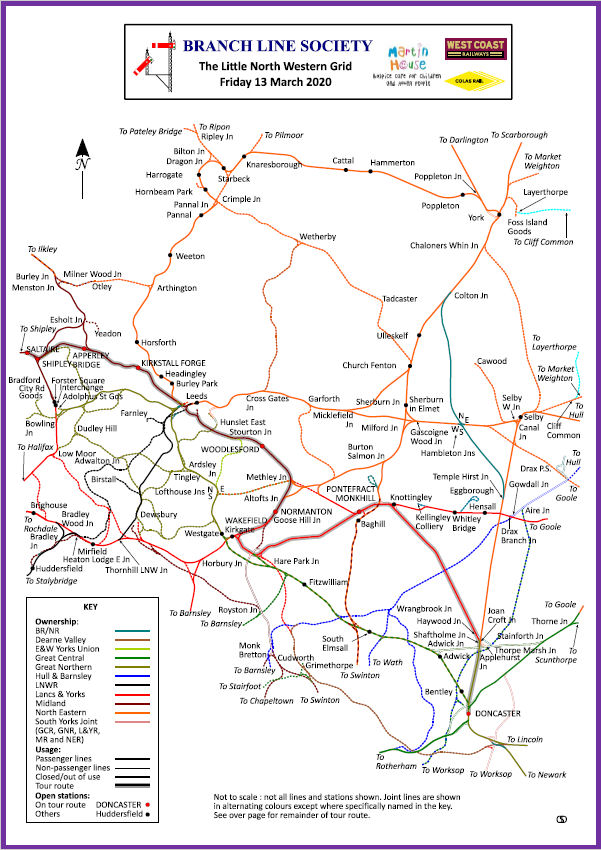 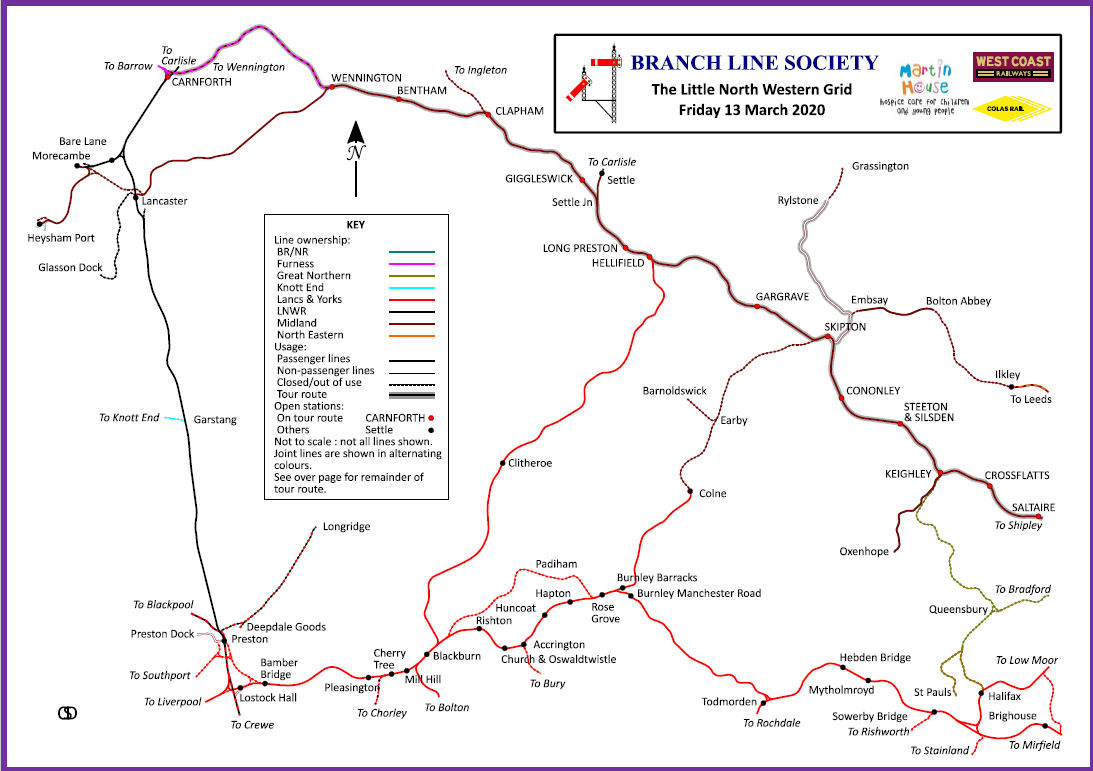 After reversal it ran to the Down Furness Goods stopping behind Carnforth station P2. The lead loco from Carnforth (37706) then departed with the first portion of the tour stock and also reversed in Downside Siding No2 before then propelling the stock along the Down Furness Goods. Next 37706 returned to the depot for the rest of the stock and repeated the manoeuvre. After the 'Reformation' the complete tour train ran into No2 Up & Down Goods, reversed and finally to P2 (simples). That little lot takes two hours; a similar operation was required for the incoming stock on the Sunday evening!

We ran along the delightfully rural and scenic Little North Western - with no idea that it would lose all its passenger services just five days later - via the 'other' Clapham to Giggleswick (no laughing matter), where we picked up a further 22 passengers. The stop had been added following requests from potential participants - so tour organisers do listen! With a pathing stop in Hellifield Up Goods Loop we would hopefully make up time but it was not to be and we left 11 mins late. A double reversal was required (at Skipton South Jn and on the Down Shipley Slow) to give access to the Rylstone branch.

With 37706 in fine fettle we began the long climb in sunshine through the lovely Yorkshire hillside into the quarry and beyond the NR boundary (6m 50ch from the former Embsay Jn), well it is a BLS railtour. As is the norm nowadays, and long may it continue, we proceeded into the terminal. Strict instructions had been issued regarding closing all windows due to the limited clearances, and we continued via Bunker No1 Line to the end of 9¼ mile branch, thwarted only by the presence of the quarry internal loco 'Cracoe'. Back at Skipton local arrangements had been made for an on the day Adlam bonus and we were able to traverse the much sought after Down Stabling Siding. [Very well done Kev and Co!]

Away from Skipton on time we proceeded via Shipley and, at Whitehall East Jn, we veered right to take the Up West Curve to Engine Shed Jn and Holbeck Depot Jn. Now on the Up Midland we took a right at Methley Jn to Altofts Jn, and through Normanton before going left at Turner Lane Jn and onto Calder Bridge Jn. Now on the Down Goole it was left at Pontefract East Jn to Ferrybridge North Jn (a curve required by quite a few on board). To the left the closed Ferrybridge Power Station was being demolished and right was the wagon works, at a lower level, to be visited on the following day's tour.

Taking a right at Milford Jn, with Milford West Sidings to our left, our tour ran to Gascoigne Wood Jn where the sidings were full of redundant Northern Pacers. Both locations were targets for Saturday's tour. Continuing via the Hambleton West Jn - South Jn PSUL route out train took the East Coast Main Line towards Doncaster. Someone was just saying that it was over 40 years since they last did Joan Croft Curve and that tours didn't seem to do it very often, when we promptly (unexpectedly) did!

This was to reverse the train formation so that the correct loco would lead the tour around Drax Power Station loop the next day. Reversing on the Up Slow at Hatfield & Stainforth, or is it the other way round - I do go back that far? [Yes, before 28 Sep 1992 - Ed.] Our tour then ran to Doncaster where it was to terminate. However as it was only 16.08, a much appreciated 'encore' had been arranged and we crossed the ladder into P8 and the Down/Up West Slow No1 and Down/Up Slow No1 to Reception 5 (by the former Royal Mail Terminal). Reversing here our train returned to Doncaster P8 via the Down Reception. Many thanks to the tour organisers, Kev Adlam, WCR, NR and Tarmac for a great start to the weekend. It is understood that the ECS ran to St Catherine's Jn to reverse then over the ECML and via Low Ellers Curve to Wood Yard Road 12 and finally stabled locally for the night in New Lead line 1.