This was a positioning move taking the locos and coaches to the start of the main tour the following day. Instead of running ECS, allowing punters to join at a low fare and boosting the charity coffers is a good idea, especially when a few unusual moves are included. I arrived at Crewe in time to see 70000 'Britannia' heading off on another tour northwards to York. There was a small gathering of familiar faces on P5 waiting for the first leg to Paddington. We had to wait until almost 'Railtour Standard Time' before Crompton 33029 pulled into P1 (from Lancaster) but with plenty of slack in the timings and an early finish no one was bothered. 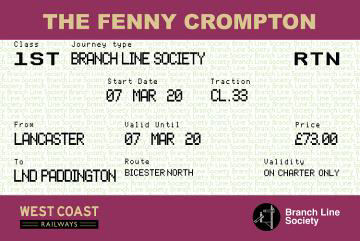 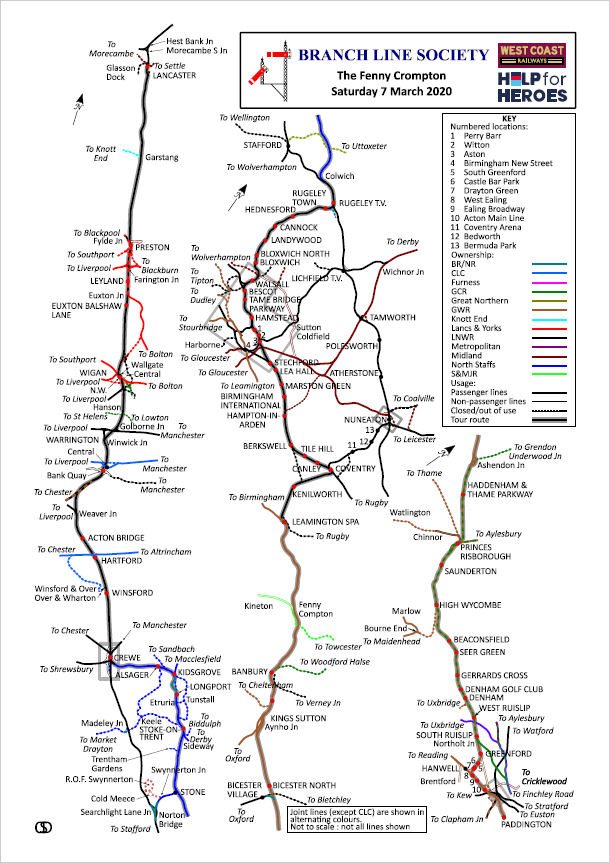 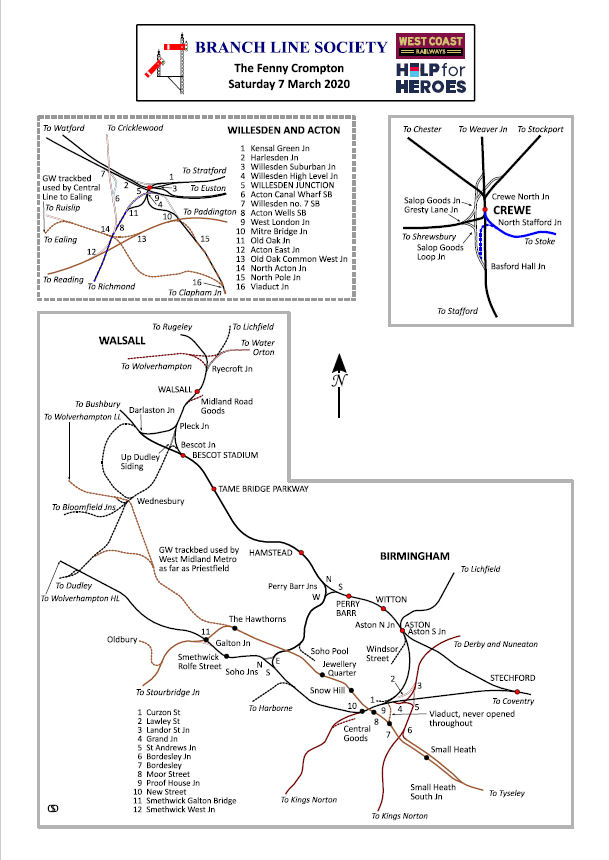 We set off for Stoke via the Alsager Up & Down Loop and then onto Stone, Colwich and the now rare Rugeley North Jn connection to the Walsall line. The first unusual move was the Bescot Down Goods Loop, in the Up direction (naturally); I required the crossovers into and out of it. Access is interesting - via a facing crossover on Pleck Curve 14ch before Bescot Jn then the Down Walsall in the Up direction and a flat crossing with the Up and the Down Grand Junction lines. It was now close to noon, time for a wander down the train, see who else is about, speak to Kev about a future trip and buy a pint.

By Stechford we had made up the hour. Onwards via the Up/Down Slow (94m 40ch) at Coventry (P4), Kenilworth Loop and Leamington Spa middle 'through' Up Cherwell Valley line. Not 'Britannia', but a noisy diesel still caused the travelling public to raise their heads from their addictive electronic devices.

Next the move that inspired the tour name, the brakes go on as we slow to enter the Down Fenny Compton Goods Loop (remodelled 18 Mar 2019 and the first tour to do this since) in the Up direction. I needed the crossovers in and out. Time for another pint, but not before being collared by Neil and Sarah selling raffle tickets; the weekend's charity is Help for Heroes, a well worthy cause.

There was no slowing as we entered Up Banbury Loop, but we stopped at the south end. The tour was 14 mins early and waited time for our next deviation via the bidirectional Down Bicester at Aynho Jn, crossing to P2 just north of Bicester North with 10 mins for fresh air and a photo. On to Paddington. 'The Fenny Crompton' waited 9 mins as booked at West Ruislip P4 while two trains passed and Greenford West Jn (10 min pathing allowance). For once we didn't do the Acton Diveunder but stayed at ground level on the Up Relief (the rarer route now), arriving in London at 15.24 (two down). 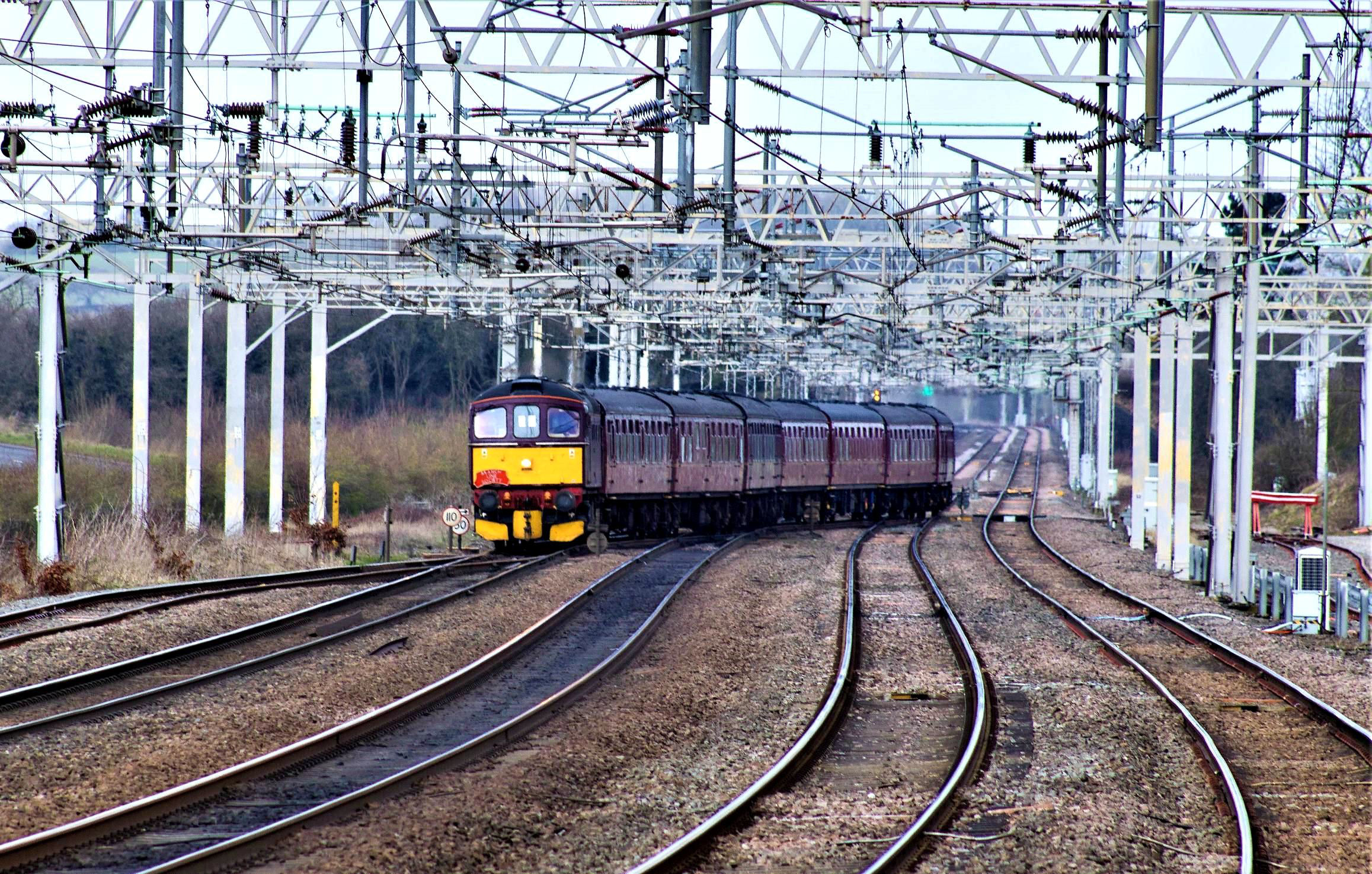 Our Fenny Crompton railtour crosses from the Up Slow to the Up & Down Cannock at Rugeley North Jn. (
[© Chris Pindar 2020]