After Haigh Hall, it was off to Burnley. The first few miles on the road were quite lively, indeed with heavy snow, but on reaching lower ground it soon cleared and was almost dry by Burnley. Set in an attractive park not far from the town centre a couple more members joined in for the 12.00 visit. The railway's website has an interesting article about various proposed sites before they settled on Thompson Park. It was only a year since our last visit but some major changes had taken place which were our targets. Four trains were waiting for us in the new platform at the only station Bank Hall Meadows, now with an impressive three platforms (three tracks with five platform faces - work that one out*). We followed each other in a safe procession over inner and outer loops with all the interesting multiple connections between. In fact every little bit of main line was covered including the short return from station to depot not normally used and, importantly, the connections to the new platform and the new loop and permutations by the depot installed since our last visit. It was then back to the warm welcoming clubhouse for much needed unlimited hot drinks and biscuits. 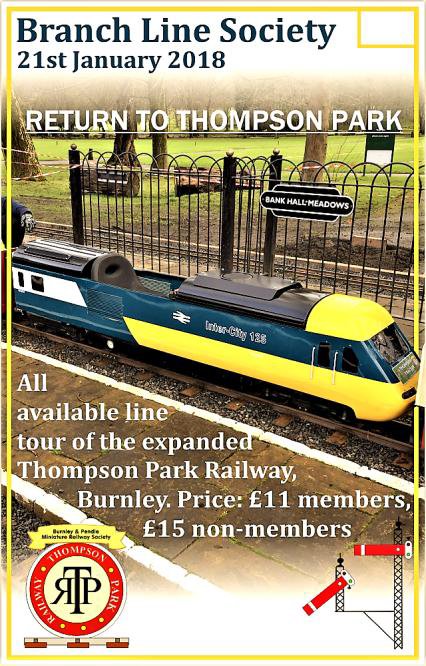 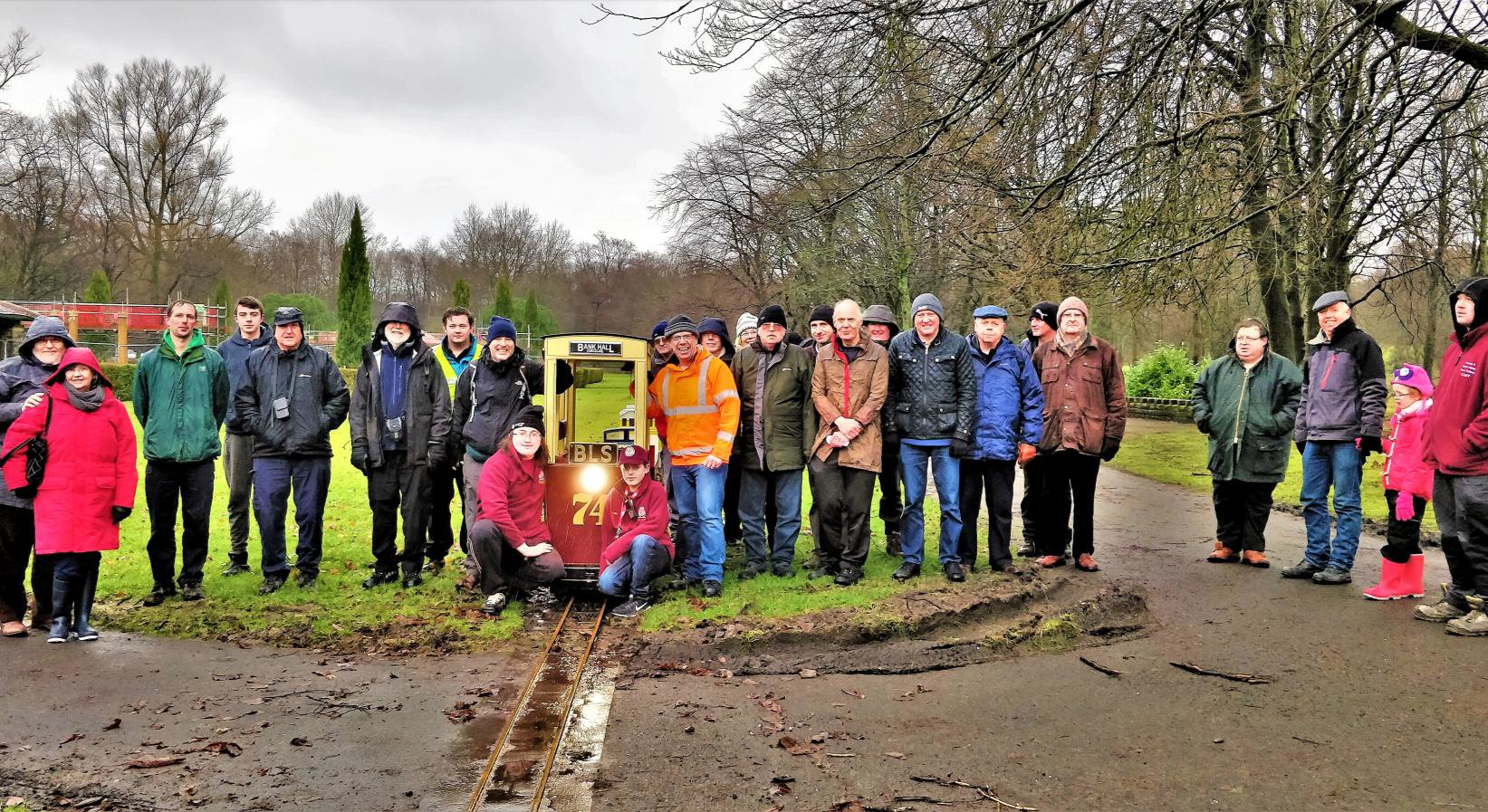 The keen; group photo at Thompson Park, Burnley & Pendle Model Railway Society. What's the betting that some of those on the right thought they were not in the picture?
[© Joe Taylor 2018]

As the weather was deteriorating, heavy rain now, those who don't do depot tracks and sidings wisely left with the hardiest 11 continuing! Again, the railway had a very well worked out plan for us to cover the depot area. Diesel loco 'Titan' and open coach 'Isabelle' took four at a time while the rest dried out. First we visited the newly installed three track fiddle yard past the sheds and covered them to the ends of lines. A fourth line was planned but there was insufficient clearance and, indeed, the track nearest the running line is a bit close so will be removed in time but the two other lines are due to be extended further. There are seven shed roads in three buildings. As moveable stock was cleared in rotation we were able to cover a good selection including, pleasingly, some not visited last year and lines 1 and 7 to their extremity. Finally, 'Titan' took us up on to the turntable, for hand propulsion to eight of the run offs, all except that nearest the loading bay and the loading bay itself which were occupied. A great visit, especially considering the weather, thanks to the railway and Kev Adlam. Let's hope they can expand further as another visit would be welcome. Some then took advantage of engineering work in the area to do things like Hunts Cross facing crossover and some particularly interesting moves at Stalybridge.

[*Three lines now run through the station and two are 'two faced'.]