(MR p23) (BLN 1288.MR165) It was not a day of fine weather! There was constant light drizzle for most of our morning visit; not enough to affect our hardy participants but enough to give some super wheel slip especially on the raised track at Baggeridge Country Park. This was the site of the final working Black Country coal mine (closed 2 Mar 1968) which had a standard gauge branch, now home to the Wolverhampton & District Model Engineers. The 5"/7¼" complex ground level line has been much enlarged (since 28 May 2017) including a new tunnel - points are installed for another significant extension loop. The 3 ½"/5" elevated line is a simple loop. 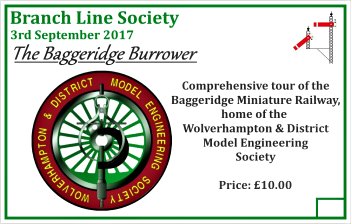 The party of 22 members were shepherded onto two trains to do all the available track. This meant many revolutions, probably too many but was welcomed by all. Even then some had not had enough and took over driving to go round and round even more! A highlight was travelling over the turntable to the buffer stops inside the shed (Road 2). The two lengthy station sidings and the remaining stub of the original route were covered too. Finally all trains were stopped so that the direction of travel could be reversed for everyone to traverse the extremely rare connection between inner and outer tracks in the wrong direction (twice!). This required a spanner and pliers to set the points - always a good sign. 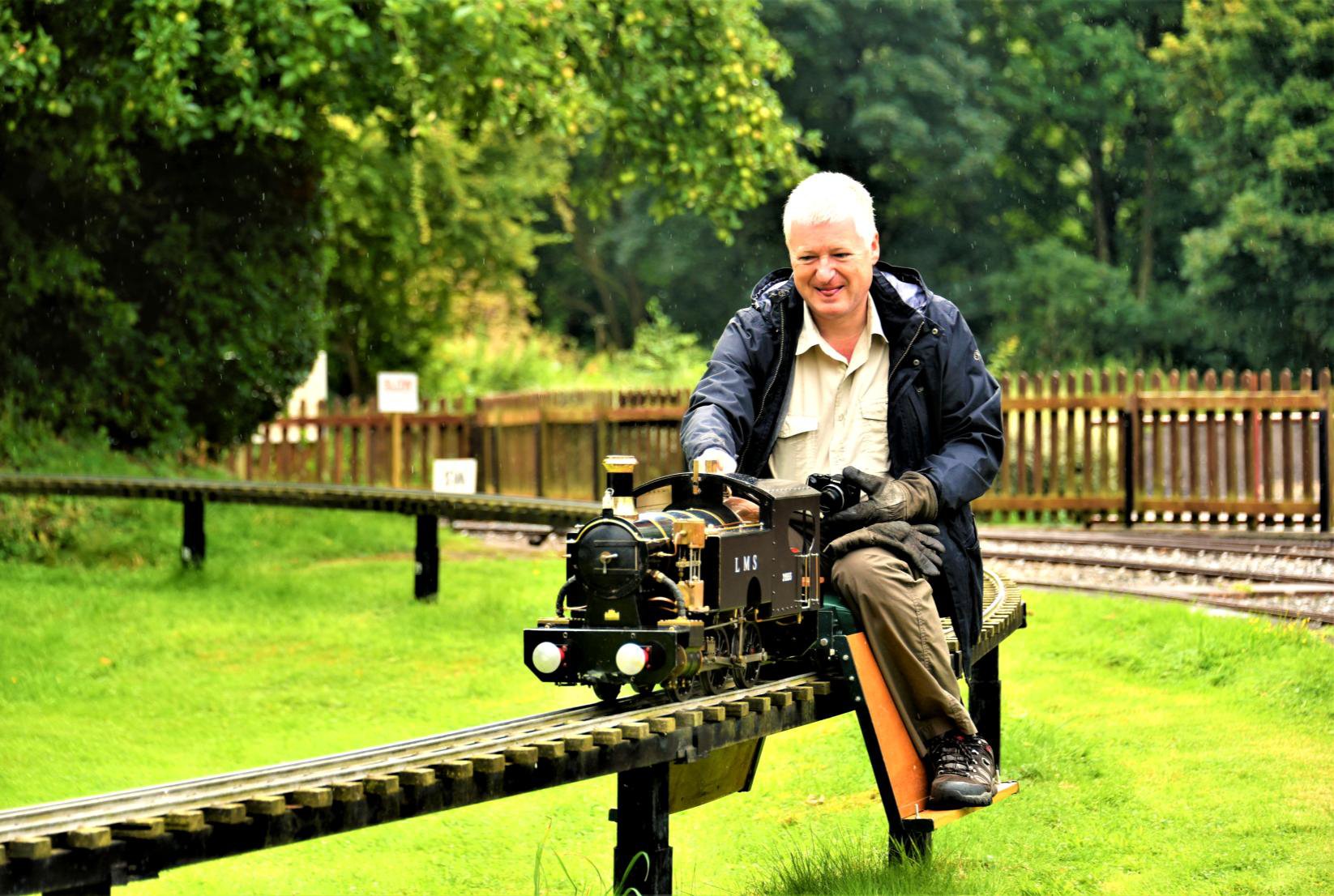 The raised track was completed mostly by driving the steam locos ourselves after a short training session! How brave their owners were. A nice simple quite large circuit but long enough for members to get the feel of their engine. Some just couldn't resist multi circuits - for overlap of course. 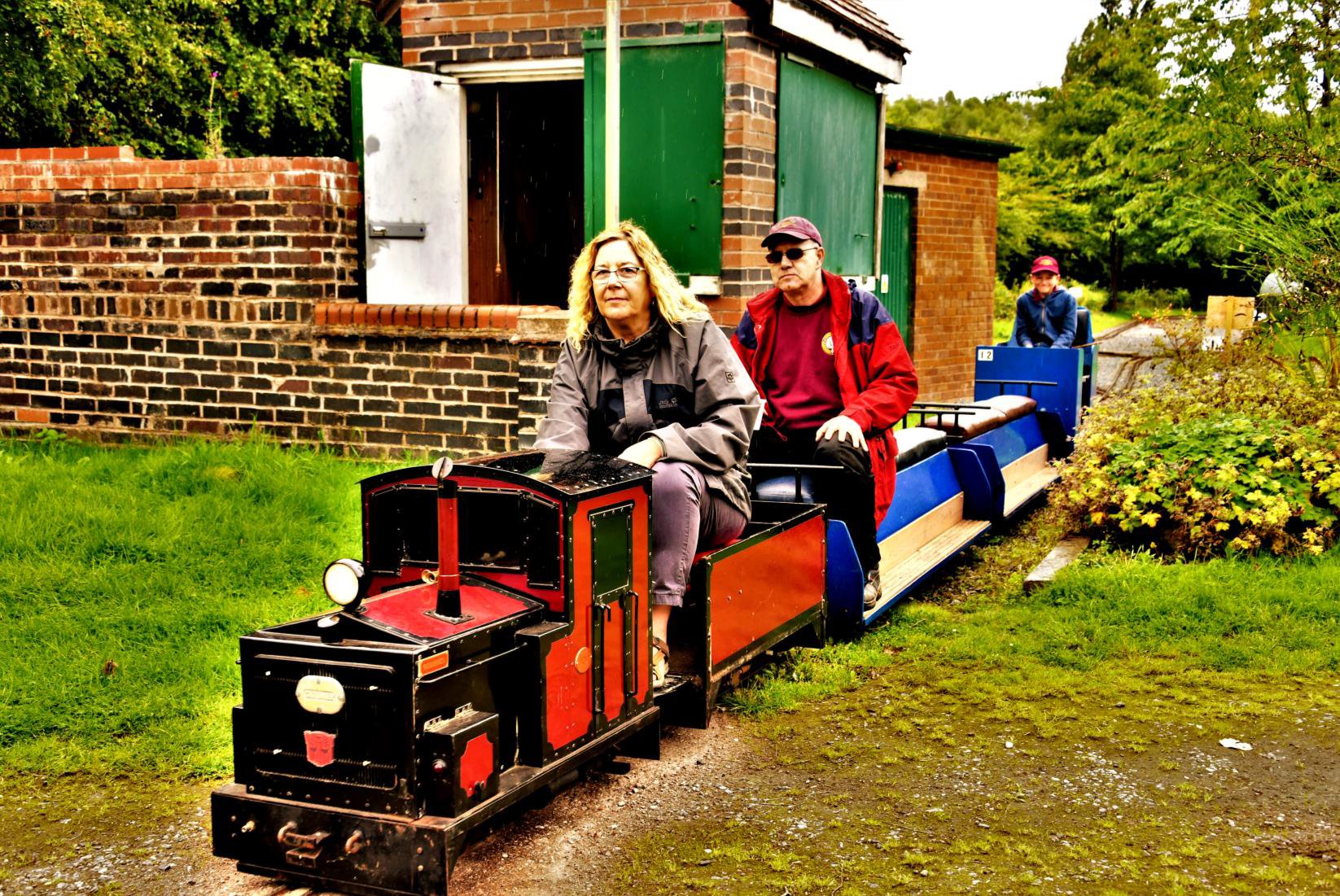 Locos used were both diesels Squirrel and Baggeridge Ranger on the ground level with two steam locos LMS 0-6-0 31555 & LNER 0-6-0 1940 on the raised track. The Engineers were absolutely brilliant and nothing seemed too much trouble. They were extremely accommodating and joined in the fun understanding what we would like. Tea, coffee and biscuits were very welcome and much needed by all.  Many thanks to Simon Mortimer for all the arrangements and to the W&DME. 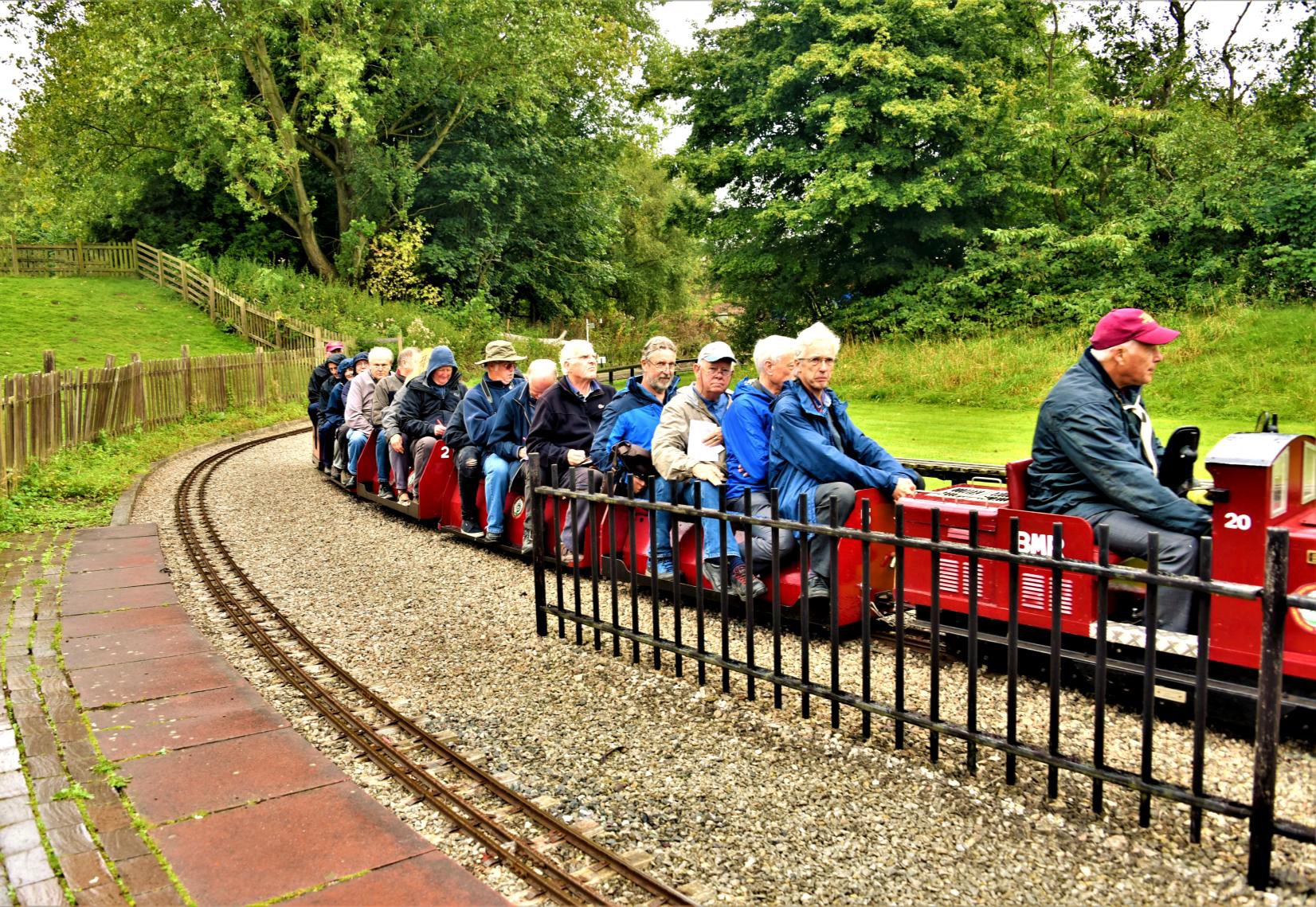 This powerful loco was able to pull a good load of BLS (not so) miniature men, 'avoiding' the station.
It is hard to believe that this pleasant location was once a working colliery.
[© Howard Harrison 2017]