Having sorted out the car-positioning, ten of us met in Oakwood Rd, Leek at the start of the trackbed path (SJ 971568). First we went further south in to the town through a cutting leading up to the overgrown and infilled Leek tunnel portal. (Bottom right cross by Leek on the map below.) Then we returned along the delightful route enjoying the lovely summer evening. There is plenty of room by the path on this once double track route (North Staffordshire Railway (NSR) Uttoxeter to North Rode line) to take a 10¼" gauge railway as well! Talking of which, at Rudyard station we followed the Light Railway visited earlier. At Hunthouse Wood No5 'Rudyard Lady ' was working an evening weed spraying train. Traces of the former Rudyard Lake Halt (a request stop) were found. Then it was the fine Grade II listed station: Rushton, undergoing renovation, which survives in good condition along with parts of the platforms and a semaphore signal that once protected the level crossing. It is adjacent to the 'Knot Inn' - once 'The Railway Inn' - with a Stafford (not 'Staffordshire) knot in the brickwork (the NSR was 'The Knotty'). 'Rushton Spencer' is the name of the parish; the village and its station wee 'Rushton'. The trackbed path continues to the Staffordshire way crossing (SJ 930633) but being BLS Members the group naturally went further to the River Dane where the impassable railway bridge is securely fenced and overgrown. (Top left cross on the 7th Series 1959 1" map below.) 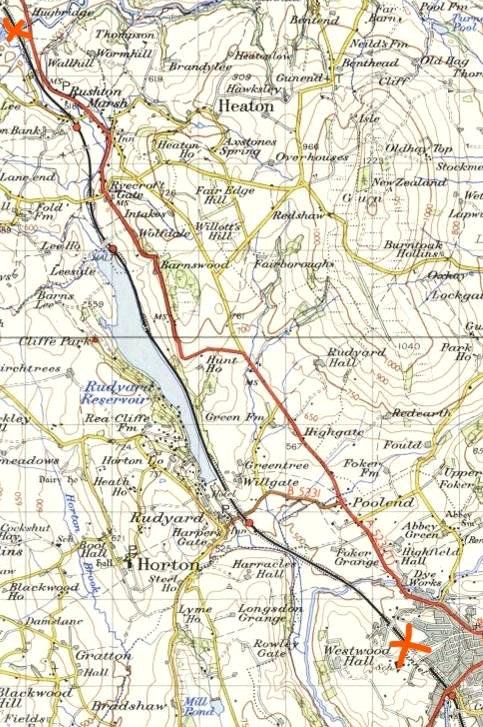 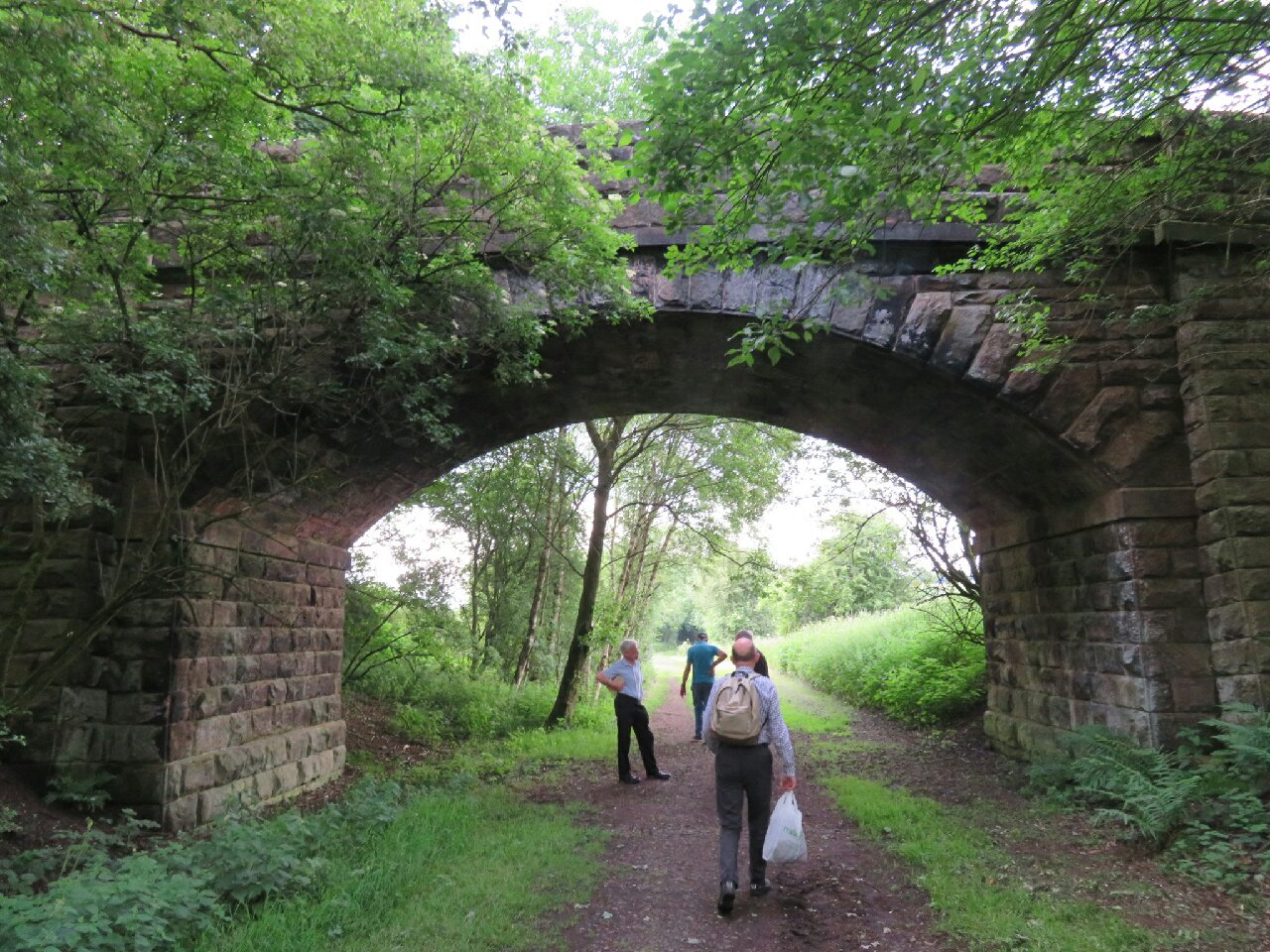 A substantial overbridge by, and once accessing, the former Rudyard Lake Halt.
[© John Cameron 2017]

We eagerly returned to Rushton for a detailed exploration of the 'Knot Inn' (the landlady was in fortunately!); well earned refreshment after walking nearly 10 miles. Many thanks to John Cameron and the supporting BLS team for yet another excellent and enjoyable day. 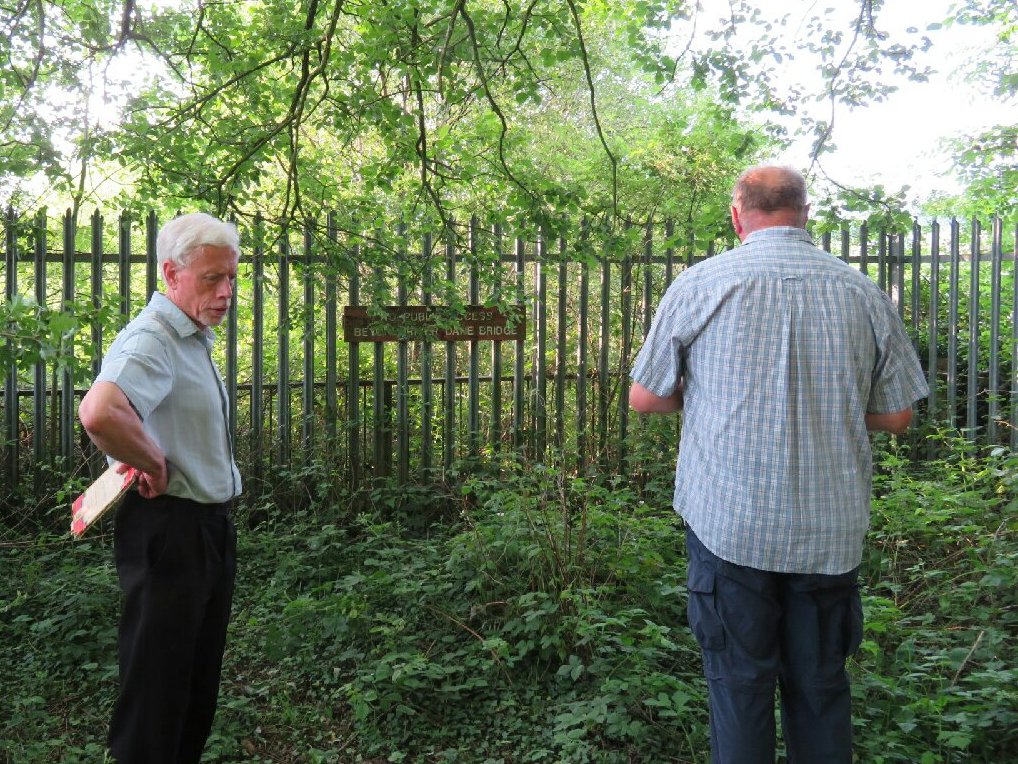 The end of the walk, the sign says 'No public access beyond River Dane bridge' which itself was intact but inaccessible, blocked by this fence and vegetation. Contrary to appearances our member Tom Gilby is merely admiring the view, but our Editor still averts his gaze!
[© John Cameron 2017] 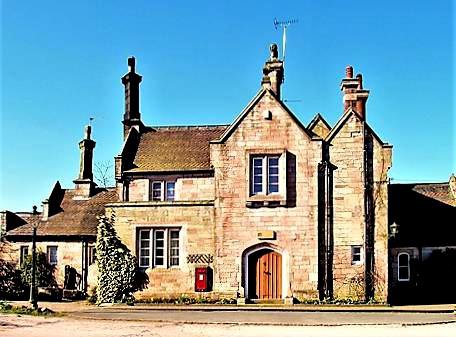 Rushton station building, the local village which is within the parish of Rushton Spencer.