https://goo.gl/R9oxm1 Three members met at the station and took the official walking route to the footbridge to cross the southwestern main line, half a mile towards Waterloo (past Barton Mill sidings) leading to the South West Trains (SWT)/NR campus entrance. We were met by our SWT host Keith Usher and escorted in. Three isolated track sections (for training) were viewed[below: © Stuart Hicks 2017]including conductor rails and crossings. On the ground floor of the entrance is an impressive array of signals, used to demonstrate sequencing so two sections of very rare track.[lower picture: © Stuart Hicks 2017] 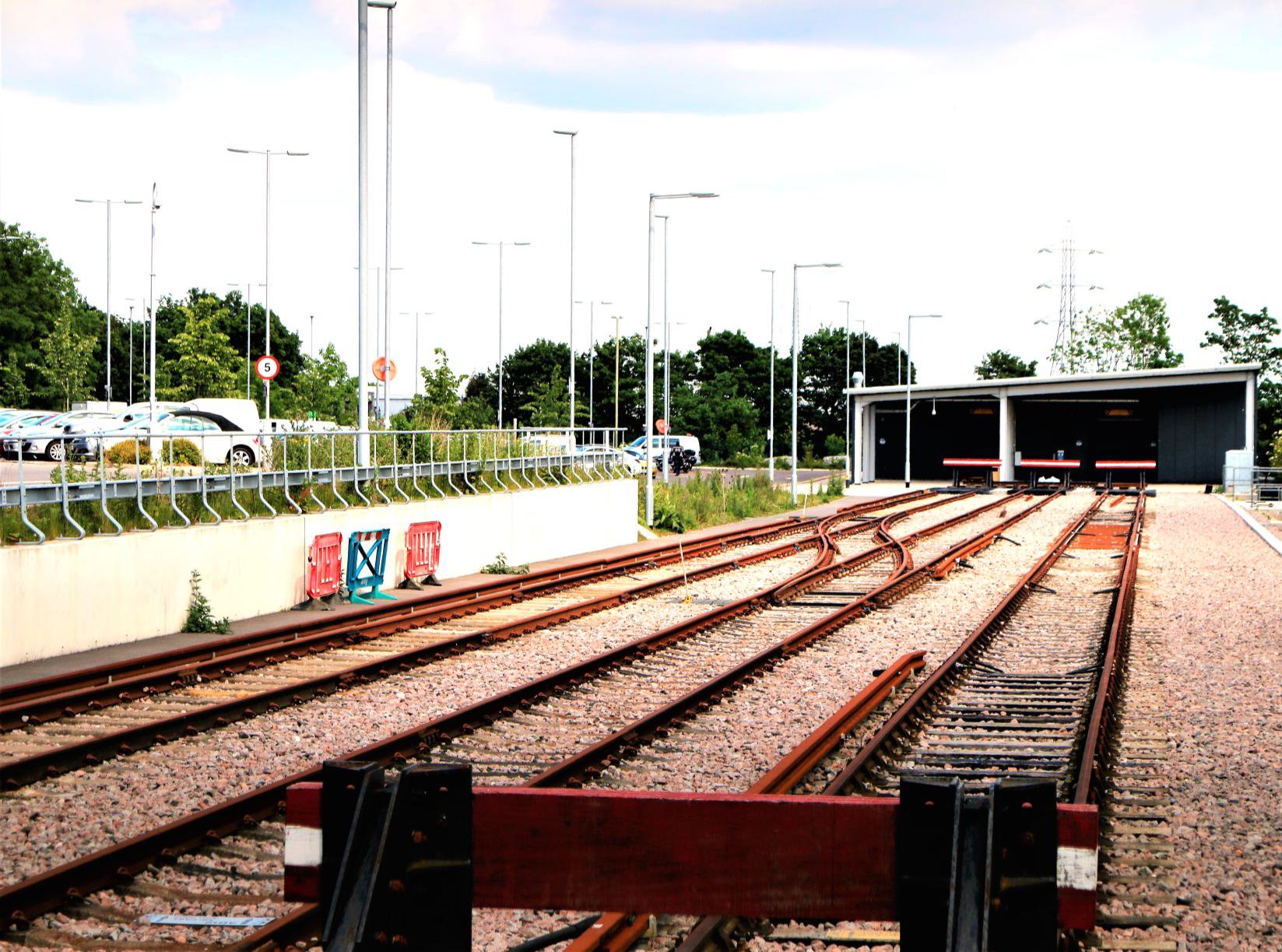 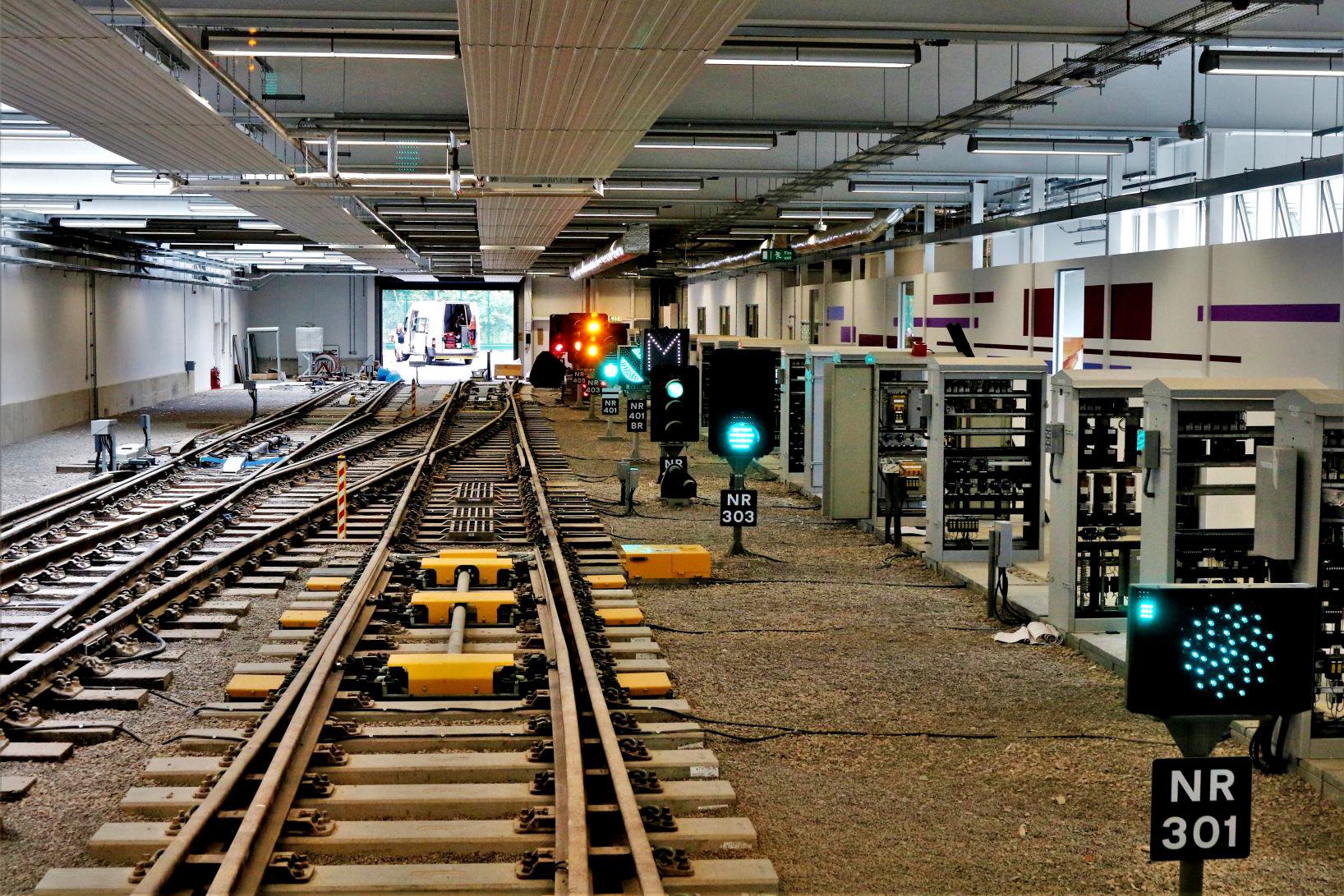 After hot drinks while the day's 'trainees' continued their education, we started our driving experience in the recently installed Class 707 simulators, of which there are two. Two generic routes are available, based on Clapham Junction to St Margaret's and Surbiton to Woking. Each uses a huge amount of computer power in the graphics. Signals and railway signs (station names, car stops etc) appear accurately but the buildings outside the railway boundary are only approximate. My drive was down the Windsor lines whist some others drove to Woking. I know both routes well so could identify stations etc as they approached. This being SWT, there are guards on all trains and the instructors 'operate' the doors and send the dispatch signal for the driver to reciprocate before departure. Use of the AWS cancellation button and Driver's Reminder Appliance equipment was required. We all had AWS enforced stops from failing to cancel the warning in just 1.9 seconds and certainly I experienced a signal reverting in front of me at North Sheen level crossing, although mostly it was normal driving. 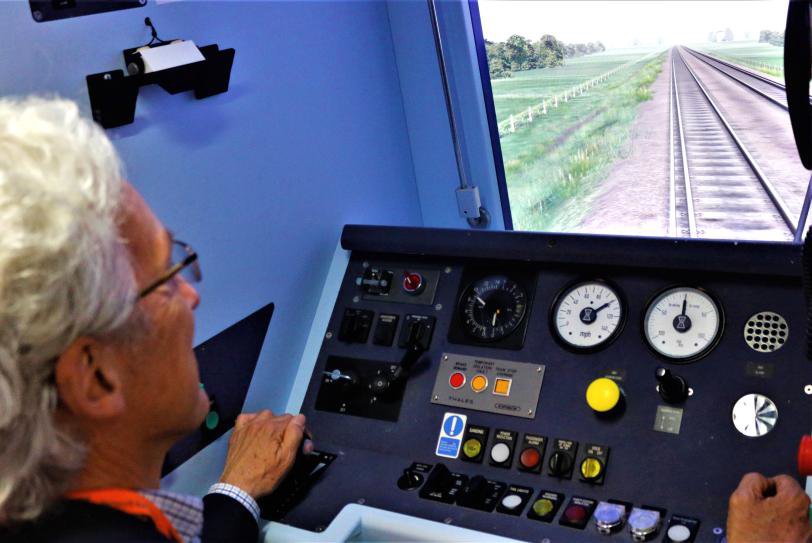 As usual with such facilities, the staff can alter the season, lighting, adhesion and lots of other things to give the trainees real practice. Other trains can be placed on adjacent tracks, including a German Class 181(!) hauled freight - the software provider is German, although their primary business focus is on aircraft matters. There are also four Class 450 simulators (covering Class 444 too), numbered 450196-199 inclusive. These date from the introduction of the sets but were moved into the new building after its completion. We tried two of them. Unlike the Class 707 simulators, they use a hypothetical route, although drivers are expected to learn it as part of their training, a track plan being provided for this purpose. Most of us reached the ton (all within the permitted speed restrictions of course) and brought our trains to a safe halt. Thanks to Keith for a very interesting visit.