It is amazing the variety and number of fixtures we have enjoyed in the Derby area in recent years. At 14.00 a full party of 20 members met outside Derby Roundhouse for a guided tour including the associated buildings. We were met by Phil, a Derby City Council tour guide, who was at pains to point out that he was not an expert in railway history, inviting us to chip in at any time with any corrections or additions to his commentary (we did and he was impressed!). He still gave us a fascinating and entertaining tour which included many interesting facts about what is widely held to be the first railway roundhouse in the world. Some of the original railway tracks into it remain in situ, although bricked in to make a level surface for pedestrians. This gave rise to an optical illusion that made the gauge look broader than standard, with a lively debate and discussion. However, when the rails were seen to run continuously from outside up to the internal turntable there was no doubt – they were standard gauge. Many historical features were pointed out and explained including: 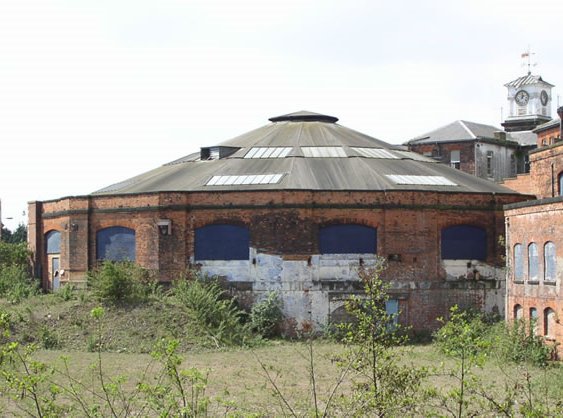 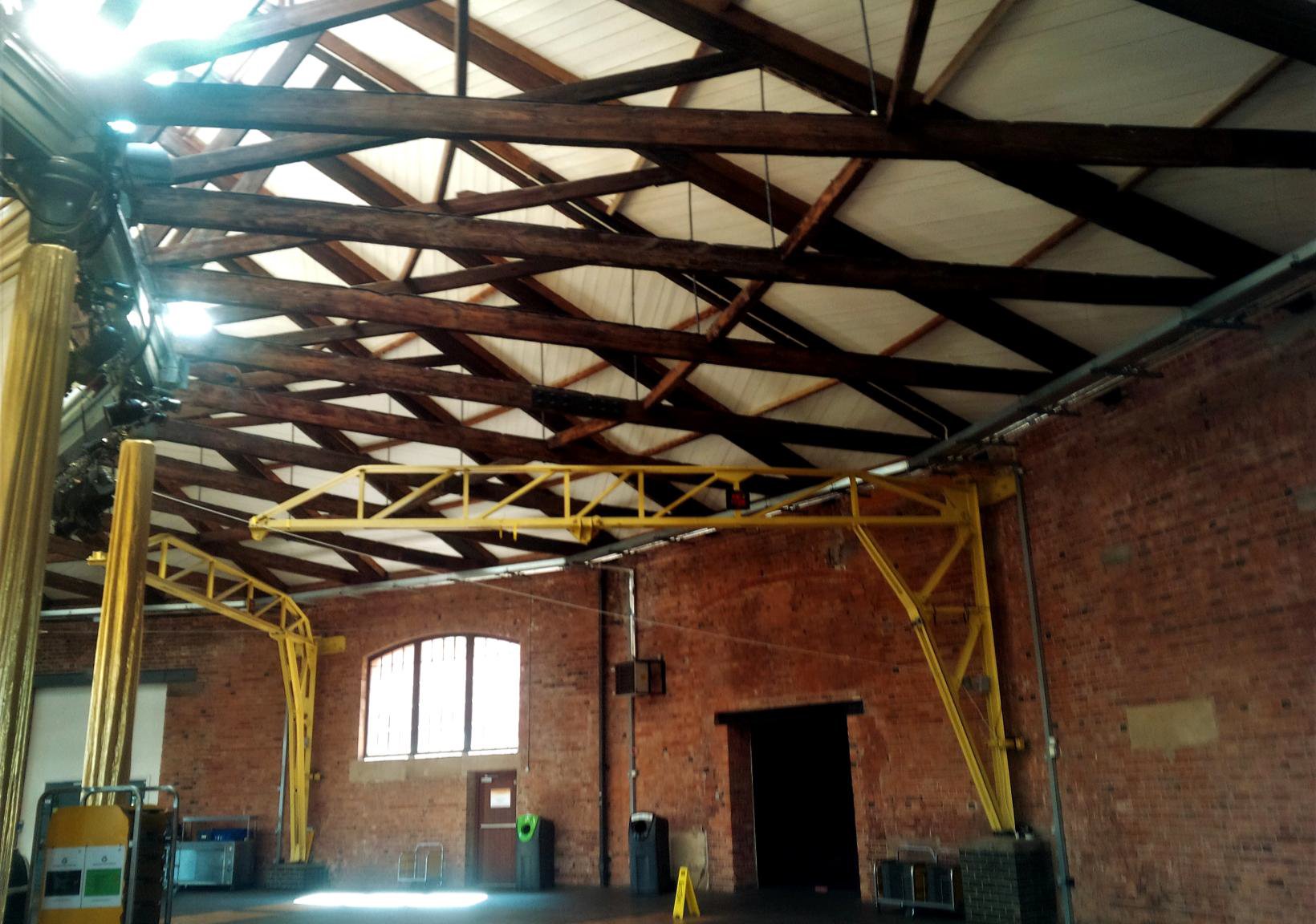 More modern buildings on the site were also explored. The Stephenson Building is very modern but designed to complement the older buildings around it. There was some debate amongst participants about how successful this was, particularly where the building joined, with some finding the new buildings sympathetic and others who would prefer a more traditional design.

Most of the buildings are now part of the Roundhouse Campus of Derby College. One faculty is catering and the highly recommended students culinary achievements can besampled in a swish restaurant https://goo.gl/EU8FYL (for menus etc or 01332 387487) called the Engine House (with original wooden flooring) at very modest prices. It is advised to visit near the end of the academic year when they have become more accomplished, rather than the beginning! Some beautiful original engineers' drawings for some of the Midland and LMS Railways' most famous locomotives adorn the walls here. 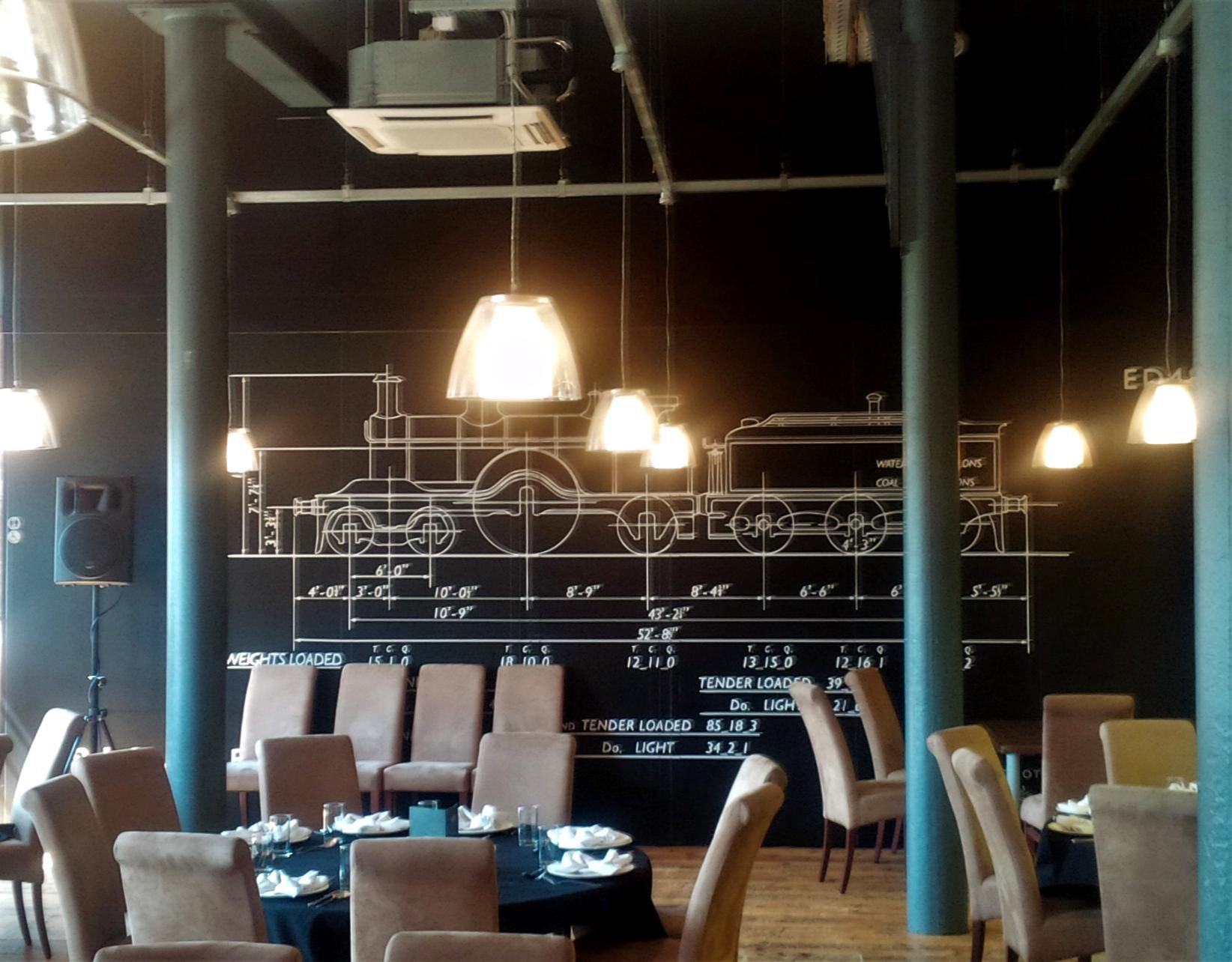 The tour concluded in the magnificent roundhouse itself, restored to a very high standard with original features retained and incorporated wherever possible. This includes later 20th century additions such as several electric cranes and hoists. One of the pits is displayed, lit from beneath and covered with glass that can be walked over. The Roundhouse is used throughout the year for a wide variety of events. The fixture organiser had visited previously to attend a beer festival (where he bumped into a BLN Regional Editor!). On the day of our visit there were many bright gold cloths swathed around the pillars - a large Indian wedding had taken place the day before. 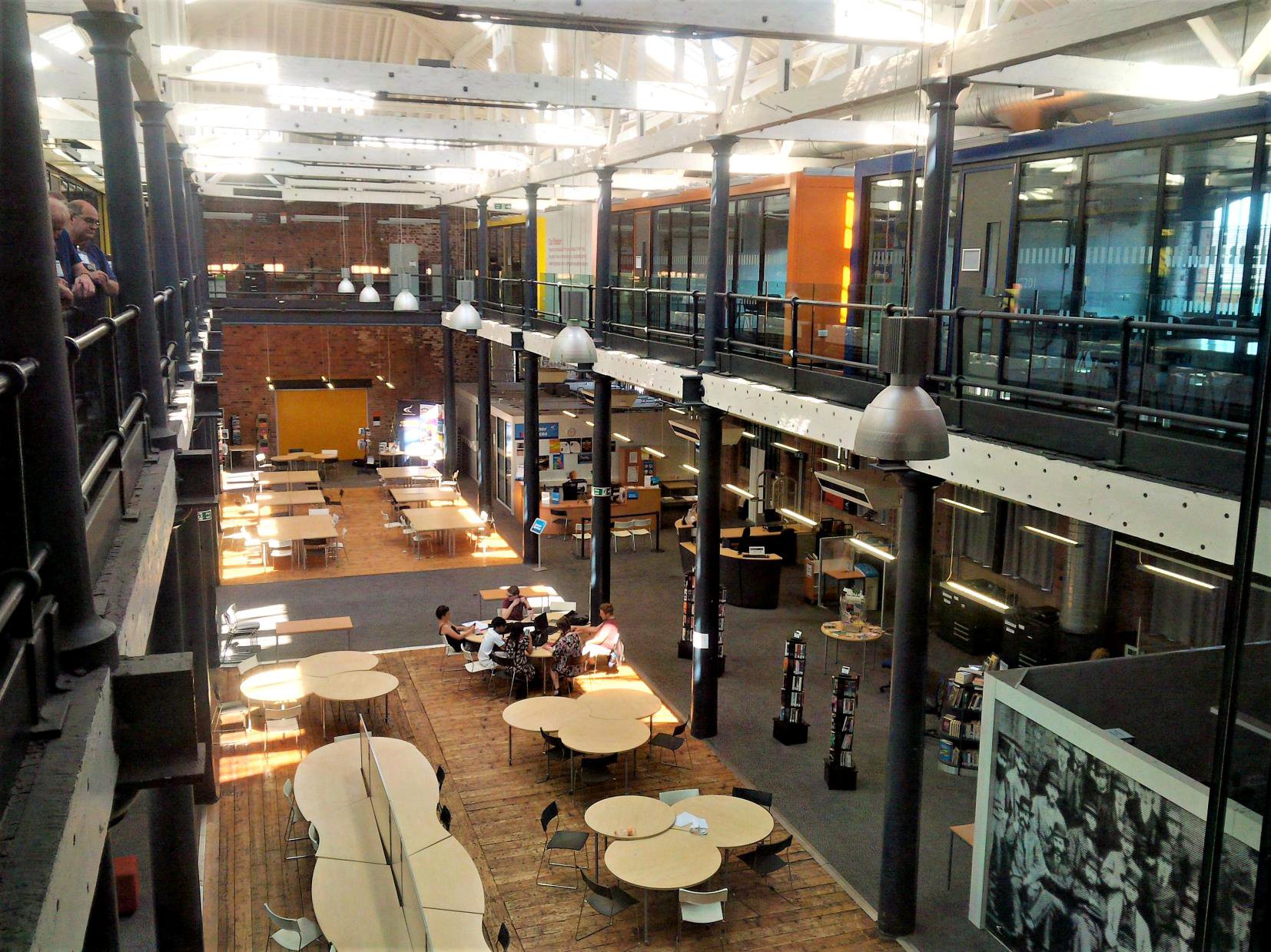 Part of the inside of the restaurant which retains its original floor and supporting metal poles.
[John Cameron]

It was suggested that the BLS could hire it as a future AGM venue but the 'higher' (!) prices indicated a lack of financially viability! Phil was heartily thanked for his tour (see 'Connections' in BLN 1271 for details of public tours). Even the most expert of the party learned something new from our visit.

Many then made their way to Derby bus station to catch the 'V3' bus to Egginton Junction for an eight mile walk along the former double track Great Northern Railway (GNR) 'Friargate Line' trackbed back to Derby.