(MR p28) (BLN 1256.867) 17 members met at the remote Leadhills station for this unique 1,200 yd long 2ft gauge railway. Splitting into two groups, the first boarded the main train at Leadhills platform. Two of the three coaches were converted from former Motor Rail Simplex locomotives in a semi fixed formation. The loco propels the train up the incline, due to the steep gradients. 'Clyde' (Hunslet 6347 of 1975) was the motive power through the hills, where old lead workings and associated remains were very much in evidence, to Glengonnar Halt (poor Glen!). This is the current terminus and summit of the UK's highest adhesion worked railway (1,498ft). 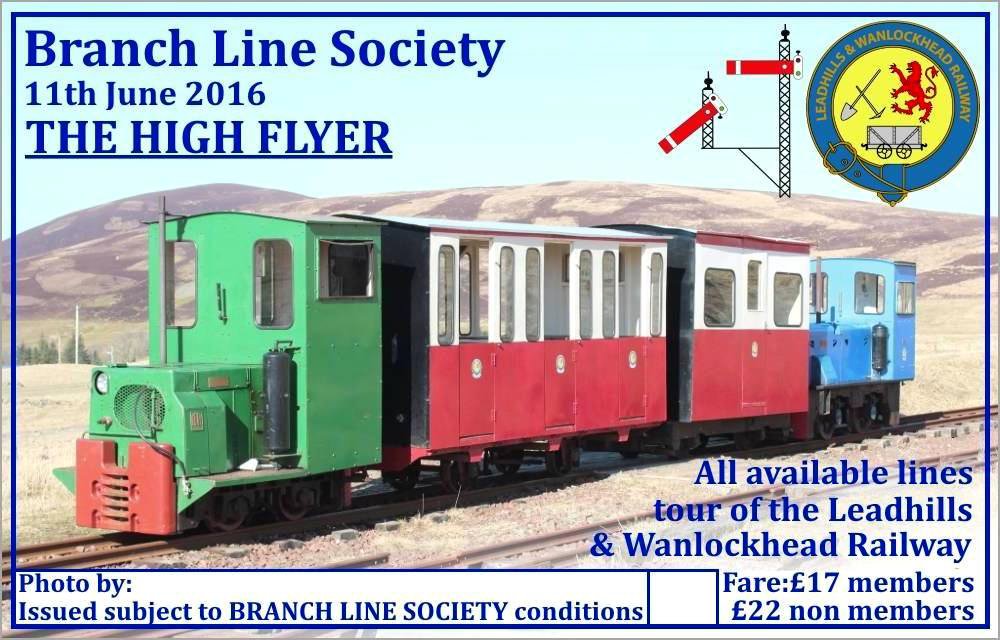 The Abt rack-and-pinion system Snowdon Mountain Railway is 3,493ft and the Cairngorm Mountain cable worked railway 3,599ft. On request, the driver kindly drew the train forward beyond the normal reversing point to the buffer stops. Members alighted to look round and the friendly train crew answered questions about the line. The track bed to Wanlockhead (1½ miles) was in a cutting beyond and the railway hopes to be able to extend in the future. Issues over permission and access have held up expansion for 20 years although the Leadhills Estate tenant who objected has now gone. 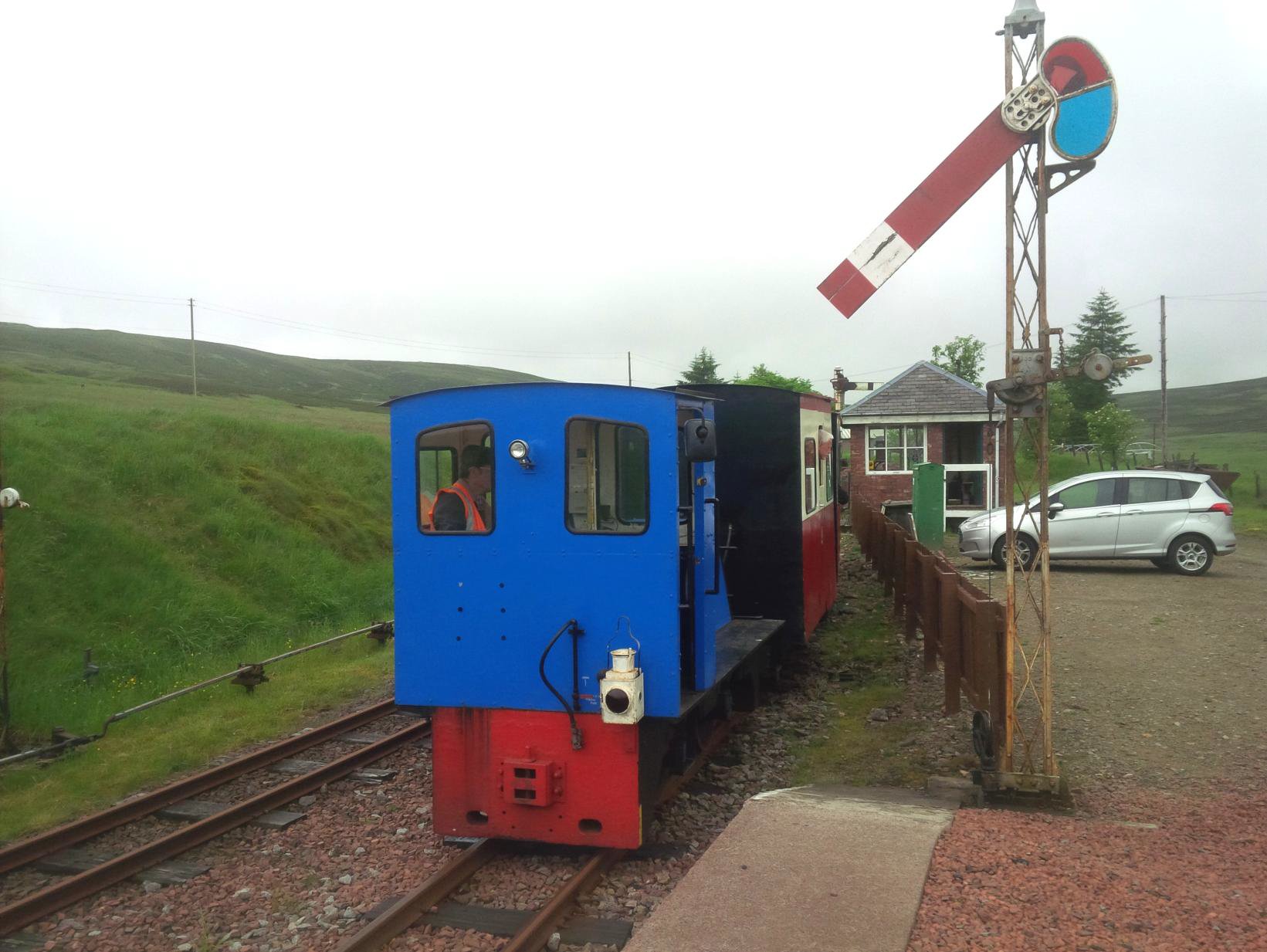 'Clyde' at the Wanlockhead end of Leadhills station.
[John Cameron]

Back at Leadhills, the tour took the run round loop to the right of the platform line then reversed beyond back into it. The two groups then swapped over. The other part of the visit was cab rides in 'Luce' (Ruston & Hornsby 7002/0467/6 of 1966), to the headshunt and shed roads (at the Elvanfoot end of Leadhills). Members took turns to travel two or three at a time, overlapping with the other trip, while the others looked round the locos and stock in the shed. This included a rare look at 'Charlotte' (OK 6335 of 1913) in her container, specially unlocked. In the station building (two converted standard gauge wagons) the railway laid on hot drinks and displays were viewed about this interesting branch. The cab rides reached the end of shed road No1, to parked locos on the other road and the safe limit on the headshunt (the original branch route). This was so efficient that there was time for a run over the siding nearest the running line, after a track machine and loco had been moved out of the way. 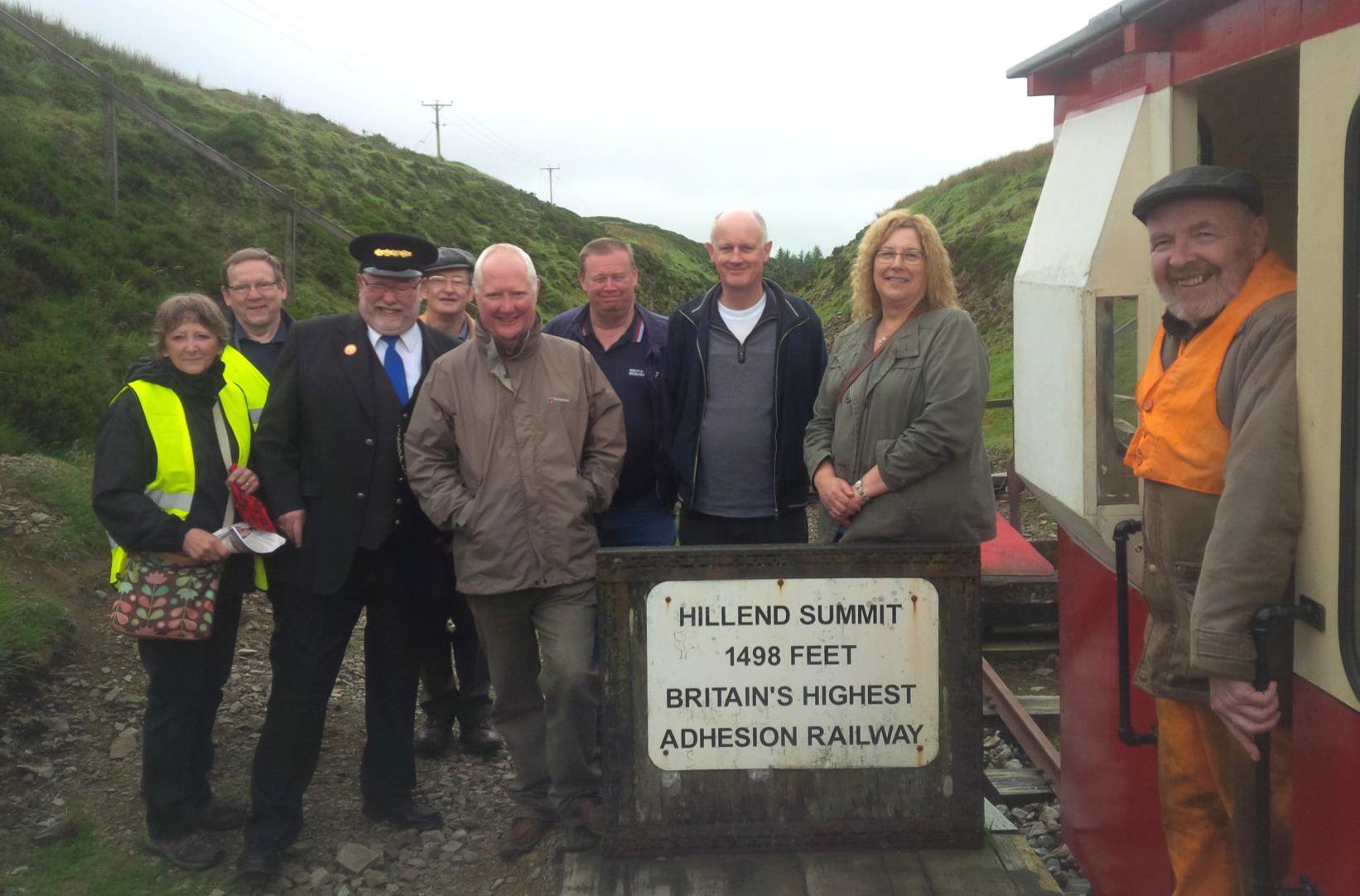 Some participants and railway staff; the trackbed continues in the cutting to Wanlockhead.
[John Cameron]

Following the rides some took a service train back to Glengonnar Halt and walked the 1½ mile intact track bed to Wanlockhead station site (1,498ft), terminus of the standard gauge railway until CP 31 Dec 1938 and CG 2 Jan 1939. We were made very welcome by the friendly and dedicated Leadhills and Wanlockhead team. A very remote railway, well worth a visit and unlikely to have much passing trade.