This visit https://goo.gl/85l6Mv (video) had been flagged up in BLN as early as Dec 2015 so there had been a long period of anticipation. The remote site is extensive covering some seven acres situated a few miles northwest of Methven, Perthshire. Extensions and alterations had been made since a previous BLS visit on 10 Aug 2007 and further additions were in progress, but delayed by the wet weather during the winter. 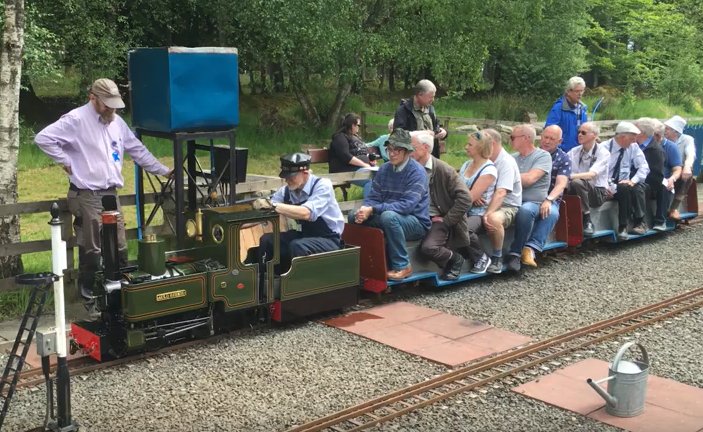 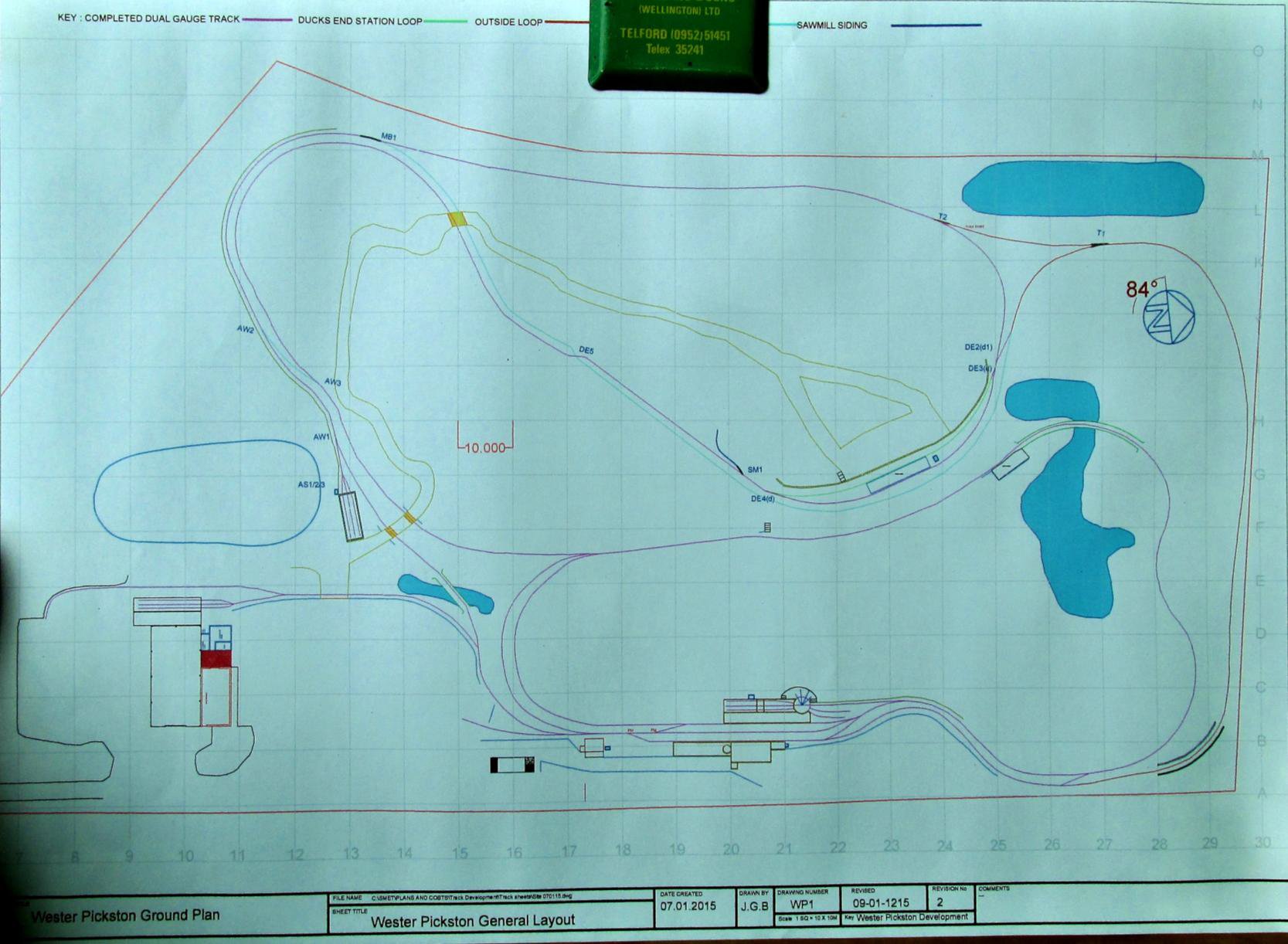 The plan shows the operational railway, work in progress and the planned extensions.
[Simon Mortimer]

The party of 20 gathered in the early afternoon for a brief introduction to the railway by the Chairman Graham Burhouse, before joining a train of sit-astride coaches at Pickston North station with Loco No3 'Auld Reekie' for the initial trip. This gave an overview (or reminder to those who had visited 9 years ago) of the layout including the new additions, those in progress and the partly built groundworks. A feature of the railway is the somewhat strangely named junctions and halts such as Ducks End, Muggles Meet and Clacks Junction as well as the more conventionally named Pickston North station and Geoffs Halt. Several slightly varied circuits were undertaken to achieve as much track as possible.

After this, further locos were used to do the 'BLS bits' of track not already covered and naturally, not normally, done on the four occasions per year of 'Public Service Dates'. Locos 'Cloister' and 'Puffin' served us well doing the 'BLS bits', including a partly laid siding, shed branch lines, across the turntable etc. Then the men were separated from the boys as generous refreshments were offered in the Clubroom during which a manually pushed wagon was available (used by those who so wished!) to do the Ballast Siding to the Level Crossing.

Note that the former elevated 5" gauge circuit is now severed and long out of use but the 7¼" ground level is over 1,000yd. Thanks and a donation were given to Graham for a very comprehensive and enjoyable afternoon at this complex railway and also to Terry Velvick for making the arrangements. A 3-hour drive followed to a reasonable location for overnight stays before a further one and a bit hour drive on Saturday morning 4 June to a private little railway, in Aberdeenshire .

Karen's Little Railway is at present a small croft railway http://goo.gl/EUngVN but, extensions (= a return visit required) are planned. A comprehensive and enjoyable morning was spent. A further drive via the Maud Station Museum (closed at the time of our visit) and Cullen for a brief lunch stop took us fair and square (with a Doc present amongst the larger party of 36 this day) to another isolated private remote railway in the area around a house and an adjacent field. Thanks were given and a donation made to the owners for looking after us with rides and refreshments, and to Terry again for obtaining the information about these relatively little known railways in remote locations and arranging visits. Since we were now so far north, most members had plans for visiting the few and far between railways both in this part of Scotland and during the long trek back South on the Sunday (and into the early hours of Monday even for some!). A Very Good Weekend was had by all.