Eleven members convened at Malton station then moved to its signal box for a short welcome and briefing from Jeremy Jackson the Local Operations Manager (LOM). In three subgroups Malton, Kirkham Abbey and Barton Hill signal boxes were rotated between. The beautiful (and rightfully Grade II listed) North Eastern Railway Kirkham Abbey box is set in an idyllic valley, giving fantastic views over the river and ruined abbey as well as the trains. 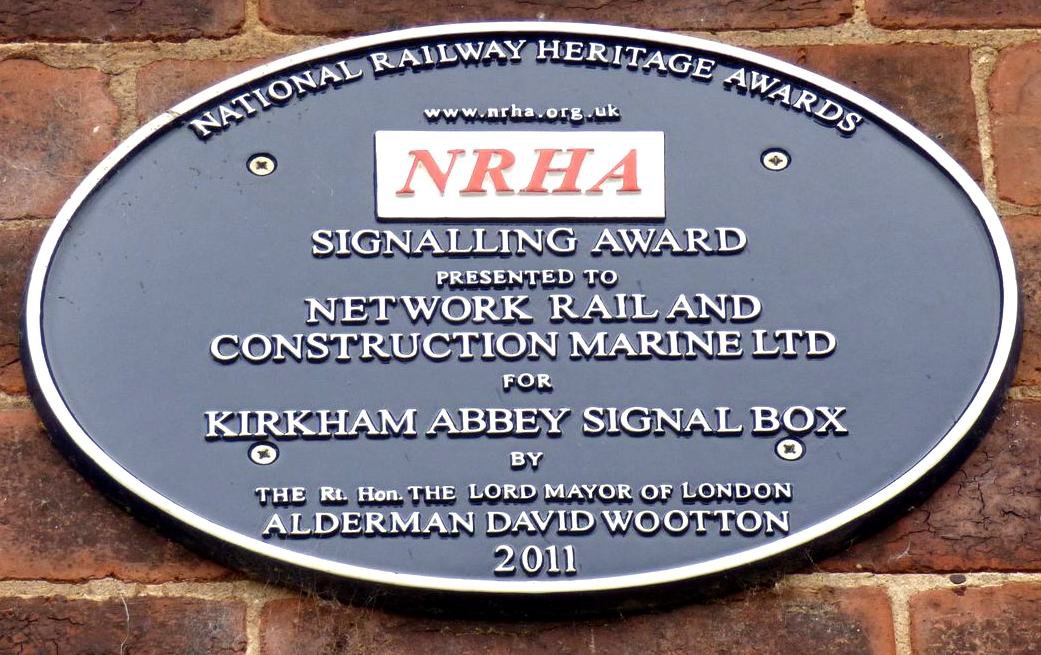 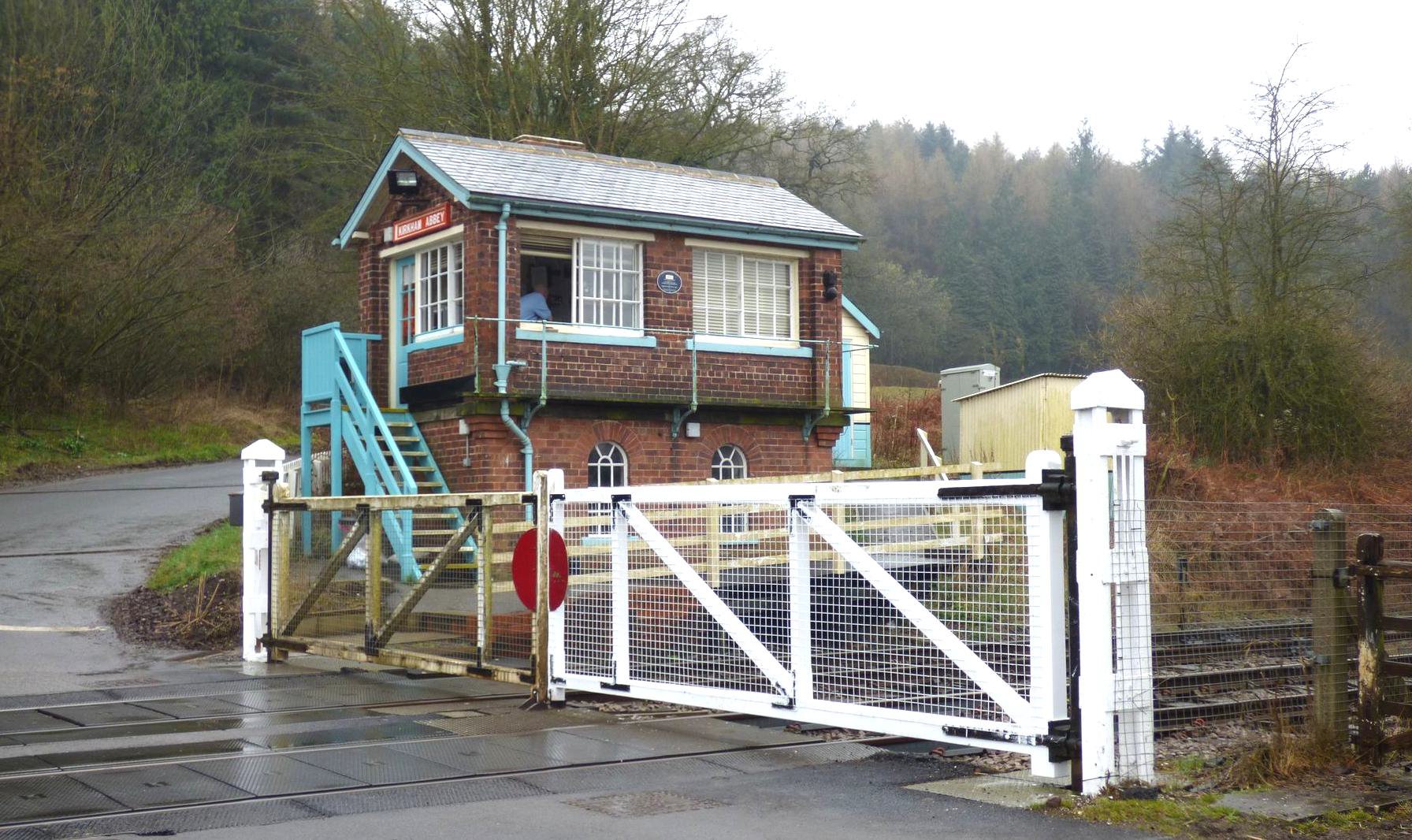 Kirkham Abbey was one of 13 stations CP 22 Sep 1930 between York and Seamer to speed up services, leaving just Malton open. The 21 miles to York then became the longest distance between adjacent passenger stations on the same line in the British Isles. The signalling is very simple, with just eight working levers. Indeed, in the Down direction there is only one stop signal (as opposed to separate Home and Starting signals). The highlight was the level crossing gate wheel, an increasingly rare site these days. The signaller was rightly very proud of his historic workplace, which won a National Railway Heritage award in 2011. There are house martin nests ('real' and man-made nesting boxes) under the eaves. 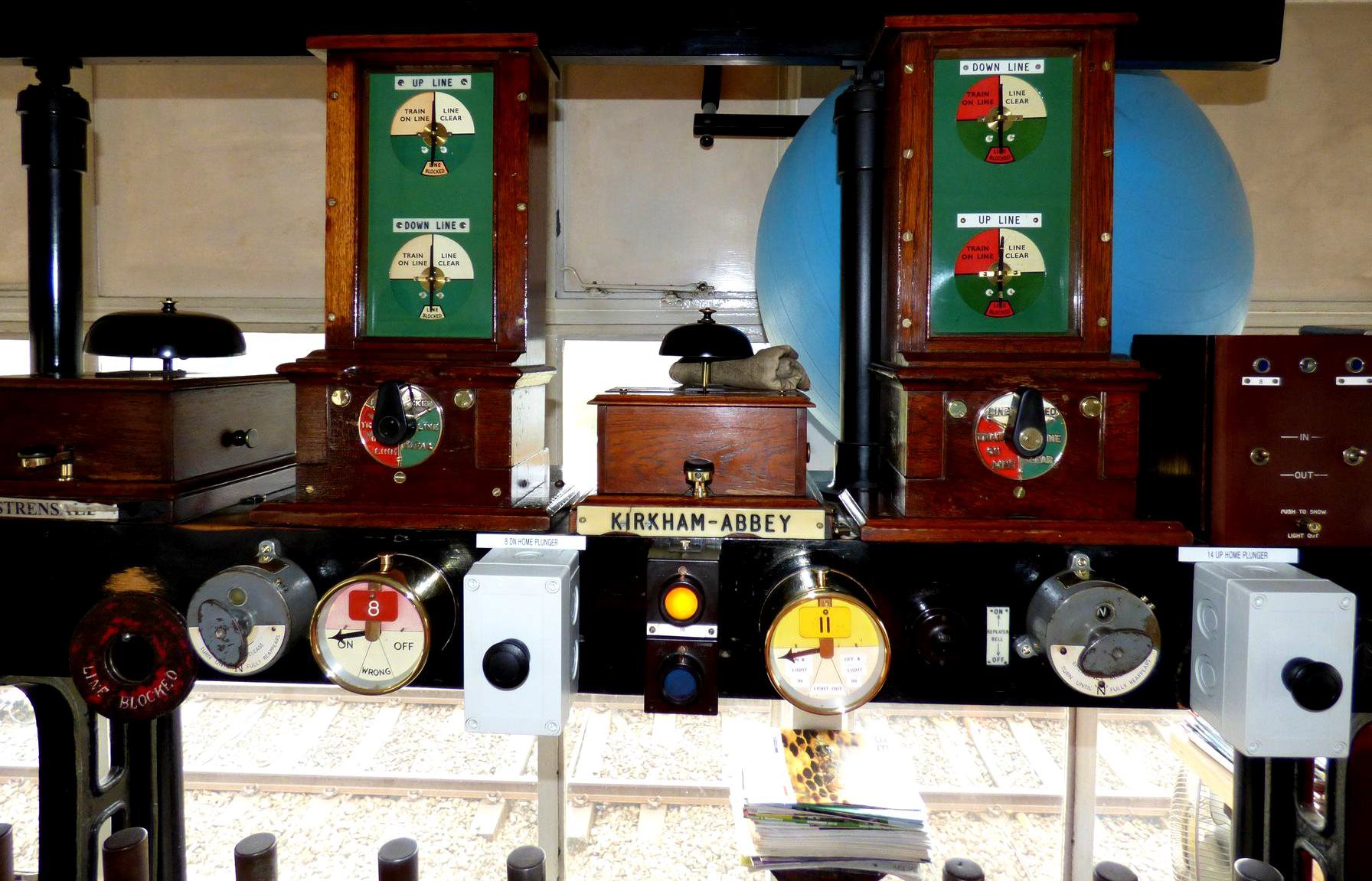 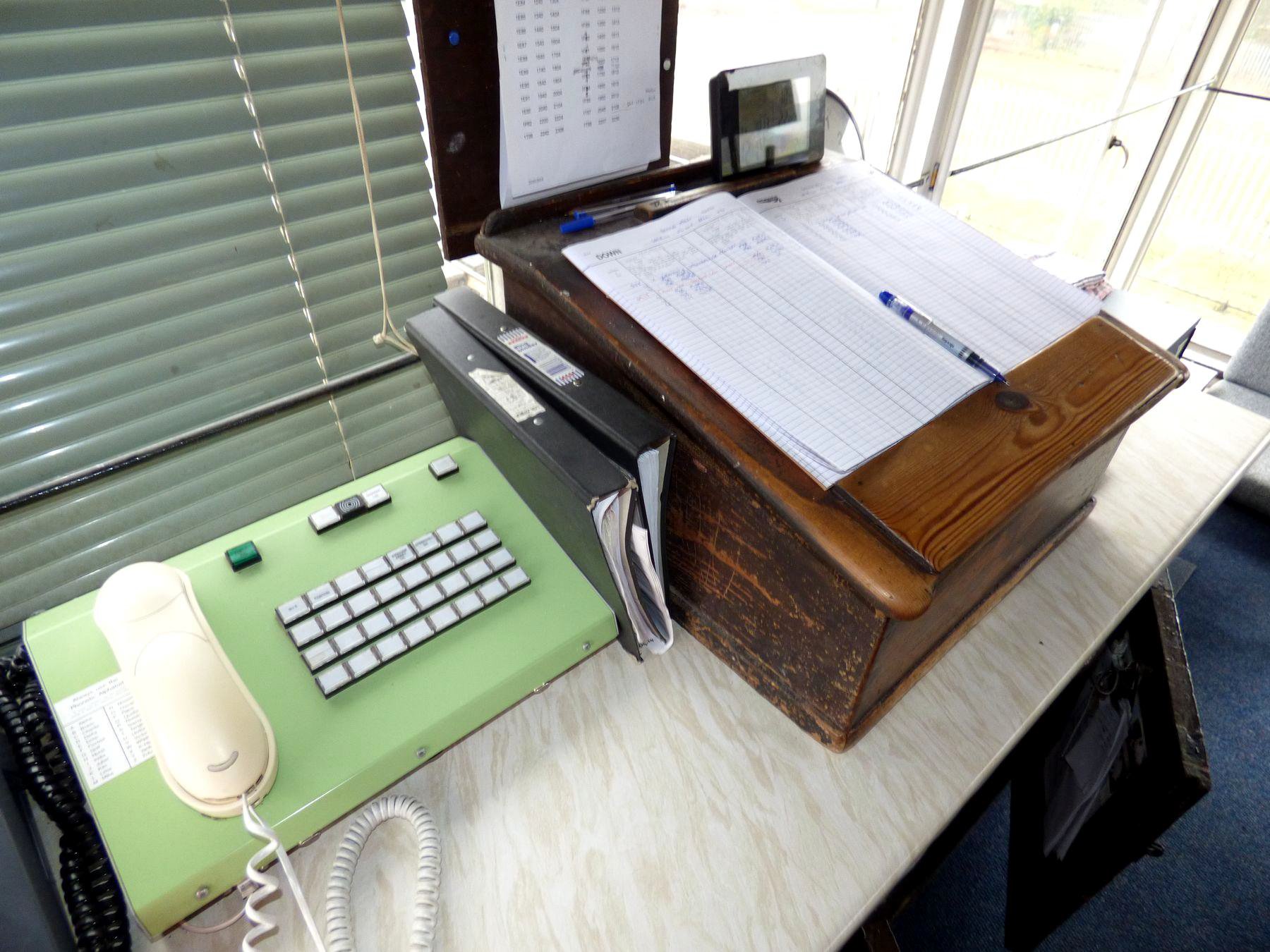 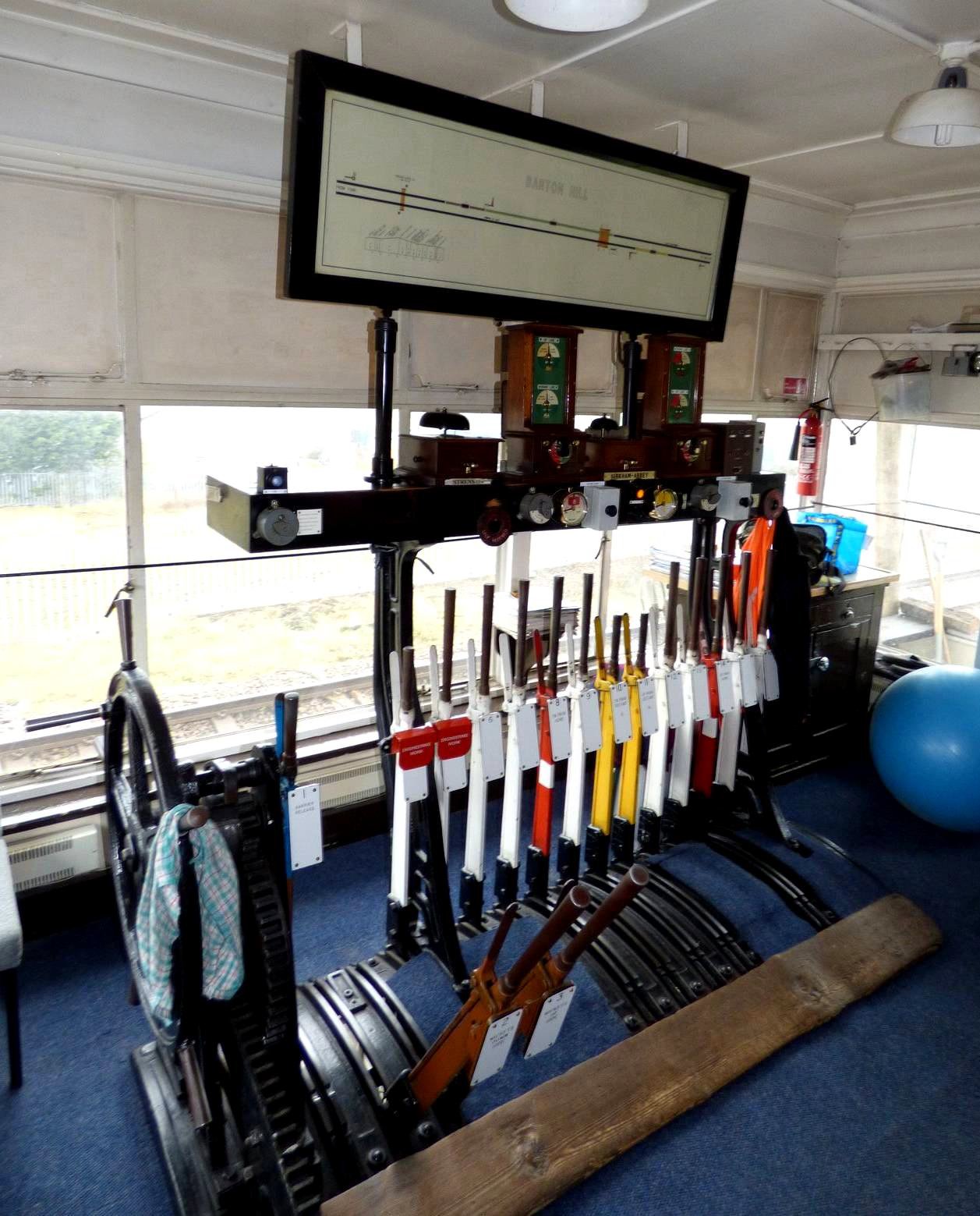 Barton Hill frame, and on the left the wheel that most unusually works the lifting barriers.

The final stop was Seamer (formerly Seamer East). This spacious 1910 box now houses a modern NX panel dating from 2010 when Falsgrave box (near Scarborough station) closed. The signaller here controls the main (York) line from a point just west of Seamer West Jn to Scarborough, including the station area, and fringes to Bridlington on the Hull Line. Despite the modern equipment, the signaller must still note train movements manually in a traditional Train Register Book. Although the road level crossing at Seamer was replaced by a bridge several years ago, a foot crossing remains which is the passengers' only access to the island platform. The signaller locks and unlocks these gates using new controls mounted on the old level-crossing control pedestal. It had been intended to place these controls on the panel itself but in the end it was decided that the pedestal location gave better views of the crossing.

The Bridlington line and Seamer station section of Seamer panel was installed in 2000 when the box (previously Seamer East)
was refurbished and most of the front windows boarded over. Seamer West signal box used to be next to it! 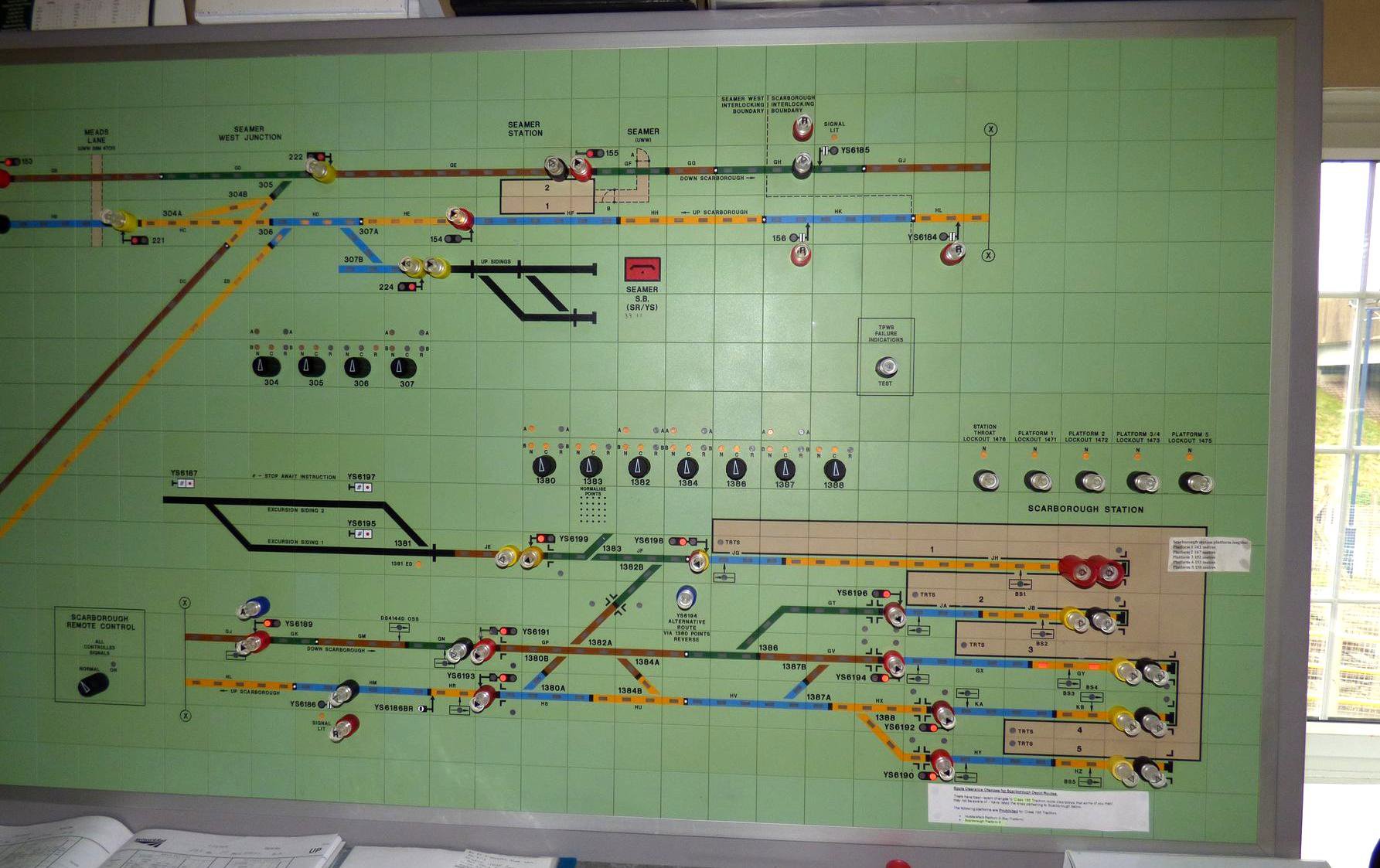 The Scarborough station end which was commissioned 1 Nov 2010 when Falsgrave signal box closed and the layout was altered. 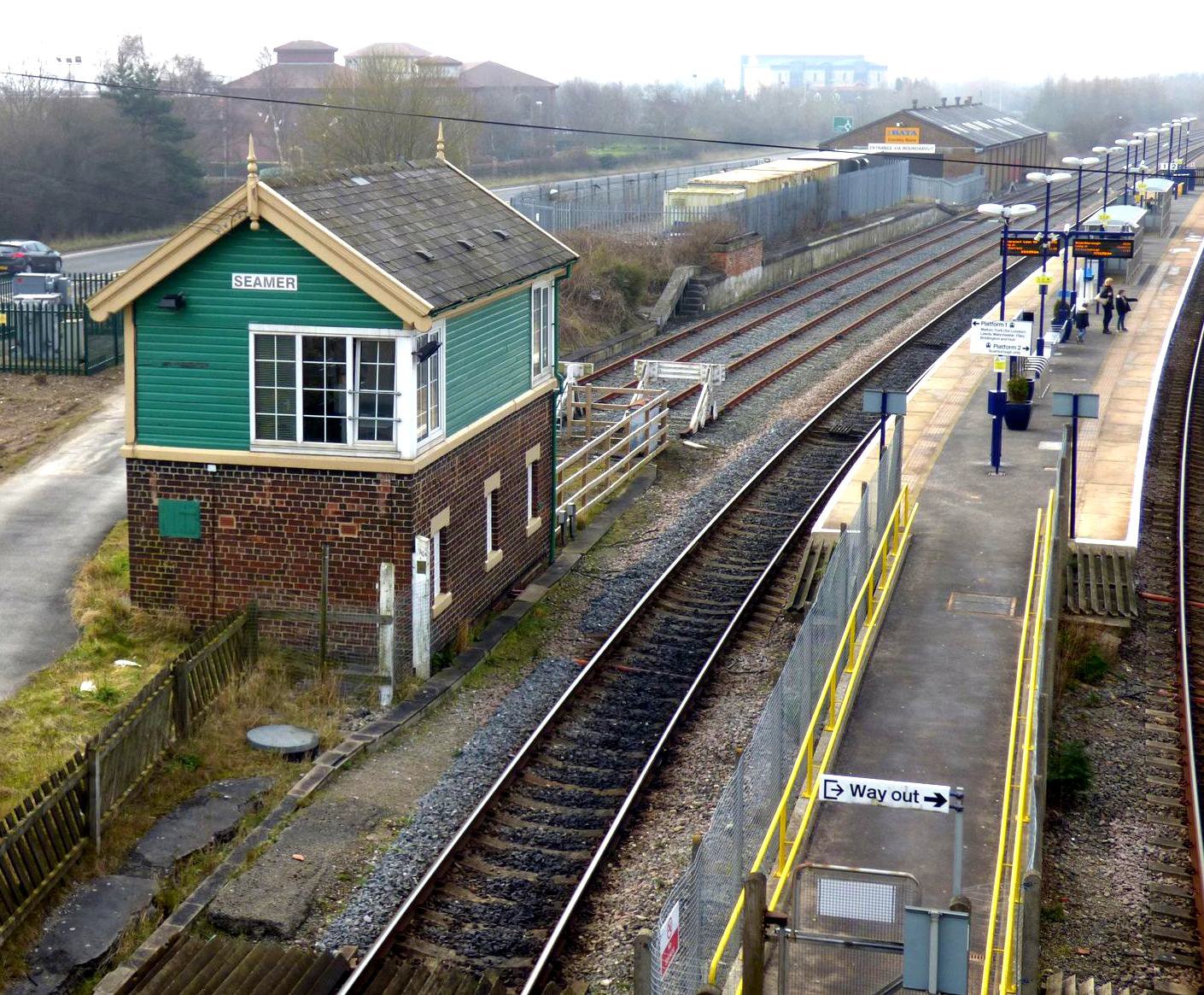 The Island platform at Seamer and signal box from the north (Scarborough) end, looking south, the pedestrian access
is the gate (released from the box) beneath the 'Way Out' sign involving crossing the Down main line.

In summary, this line retains a fascinating mix of old and new signalling. Many thanks to LOM Jeremy Jackson, the staff who are clearly very proud of their railway and made us so welcome, and to our Nick Garnham. Donations of £260 were shared between charities nominated by the signallers.