Traditional Traction's 08484, having spent parts of its life at Wolverton Works and more recently Felixstowe Docks, has been an elusive machine. On 2 July 2007, the loco was named 'Captain Nathaniel Darell'. That ceremony marked the 340th anniversary of the defeat of a Dutch force in 1667, the last attempted invasion of England by a foreign force. Captain Darell was in charge of the defences at Landguard Fort, Felixstowe at the time.

As far as PLEG (Preserved Locomotive Enthusiasts Group) are aware 08484 had never previously worked a passenger train, despite a short spell at Toddington. In late 2015, loco 08484 arrived at Locomotion, Shildon as cover for 13079, and talks quickly progressed agreeing its use for a joint BLS/PLEG event. Fine-tuning of the details followed an overwhelming demand; there were over 120 applications for 100 places, in under a minute, at 19.30 on a Sunday evening! Trains ran at 09.00 (the one of greatest interest to BLS members covering most track) using roads 4-7 to the roof overhang across the concrete by theroof overhang across the concrete by the museum doors. The 10.00 and 10.45 reliefs worked up to the gates before the concrete apron. On the 10.45 train 08484 was removed before the end, partially to assist Locomotion with shunting afterwards and partly to ensure 03090 (the translator loco coupled inside) powered, as it had not per the crew on the 10.00 run. 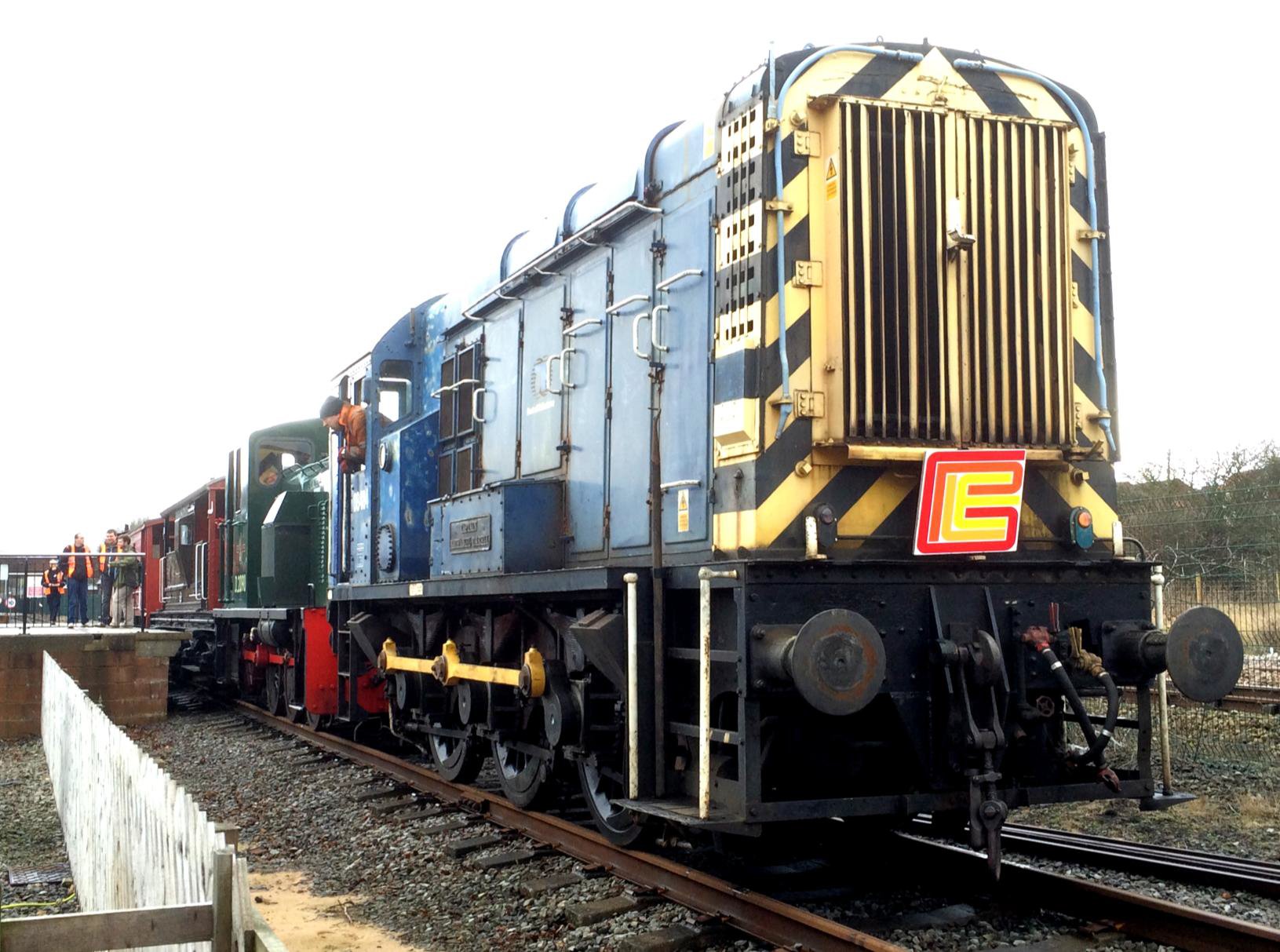 One of the trips for later risers, 08484 and 03090 at Locomotion platform, Shildon.
The Bishop Auckland branch (immediately south of Shildon station) is right of the wire fence.
[© Craig Kinsey 2016]

The organisers would like to thank all those who assisted in advance or on the day and especially Pam and Richard and their staff from Locomotion. Until arrival we had no idea that road 4 was available as an unadvertised extra. In addition, the café and toilets were kindly open for our use 90 minutes early and the 10.45 relief covered the sidings. A third brake van had been hinted at, but not confirmed, which enabled all those present by 10.00 to travel on the 10.00 rather than/as well as the 10.45 train. Finally, thank you to the 148 participants who all proved people can behave without requiring a closed window policy. The event resulted in a donation to Locomotion of £1,480!

There was also much of interest to see http://goo.gl/b943tb at this railway museum. For pictures and a track plan: http://goo.gl/7uqnhn also a stock list and full mileage summary.