Despite the impression that the railway industry in Derby is not what it once was, the city now has more railway related businesses than any other place on the planet. In the 1960s BR announced 'The Railway Technical Centre (RTC) at Derby is the largest railway research complex in the world.' Thanks to Kev Adlam and our friend Major Ian Hughes of Green Dragon Safety Health Environment and Fire Risk Management Solutions, a BLS visit was made to the RTC and in particular 'Signet Solutions'. 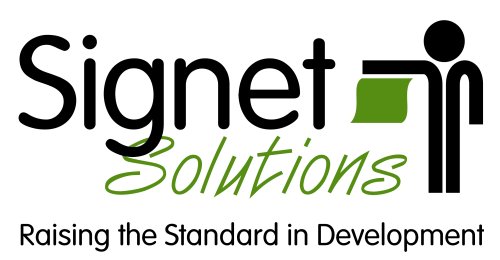 A full group of 10 met, mostly at Derby station, (one impressively having travelled especially from Fort William), took the short 15-minute walk to the RTC, and were warmly greeted by host Ian, and Isobel from Signet Solutions. A brief introduction to Signet was presented during tea and biscuits. The company provides signal design, testing and maintenance training for rail companies worldwide, including training volunteers from minor railways. The tour then began in a large signal demonstration room. This contained a small section of standard gauge track with what seemed like one of every possible item of signalling equipment attached to it – including 'Train Protection & Warning System' (TPWS) grids, Advance Warning System (AWS) magnets, a full signal head, shunting signals, axle counters, and level crossing treadles amongst others. Two standard gauge point ends which had different types of point motors fitted were also available for scrutiny and discussion.

Next was a room with the old NX (Entrance-Exit) panel from Leamington Spa box[below]BR's first Solid State Interlocking installation in 1985 and replaced in 2005; wired up for route setting simulations. It was not fully operational, as although a route could be set, the computer simulating a 'virtual' train moving was not working.

Another room contained[above left & right]a rack of relays attached to a small simulation panel. This was to teach wiring and interlocking faults, and had a special interlocking instructors' panel that could introduce specific 'faults' into the system for the trainees to methodically identify and solve. This was demonstrated, and faults could be seen on the panel when attempting (and failing!) to set routes. A small 'abacus' style device here[below]was actually a manual interlocking training device. 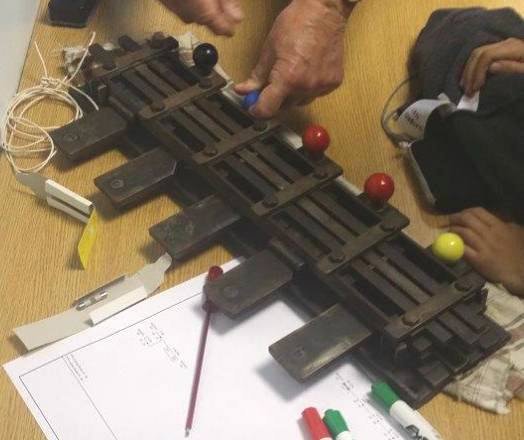 Two participants took turns at seeing how manual interlocking works on a simple set of points and a home/diverging/distant signal set up. For rookies to signalling like your reporter, this simple device went a long way to explain how the levers and interlocking in a manual box actually work (Victorian computers, safe and still effective).

A very large relay board took up most of one wall of a different room. This was connected to another small NX simulation panel. This panel had switches fitted to simulate the track circuits operated by a train passing. Two of the group were able to set a route, activate and deactivate track circuits to simulate a train passing, then clear the route before setting another. This was to the distinctive sound of 1970s' vintage Westpac (Westinghouse) relays clicking in real time and actually controlling what was taking place, preventing a conflicting route being set. Your reporter started to understand how route setting actually works, and even managed to successfully set and clear a route! There was also a full size hydraulic AHB barrier (with a partially sawn off barrier), wig-wag lights, and control equipment.

In another room were a class of eight Minor Railway S&T technicians from the Invergarry station & Glenfinnan signal box project, the South Tynedale, North Yorkshire Moors, Ravenglass & Eskdale and Kent & East Sussex Railways. This was the first morning of the 2 day Institute of Railway Signal Engineers sponsored Minor Railway Section, cable maintenance and testing course. They were breaking in to cables to cut and joint them to simulate repairing a cable fault. We were able to see the results of their efforts as a severed cable had its individual wires crimped together and then sealed within a resin casing[below]which would be watertight within a few hours of the resin curing. 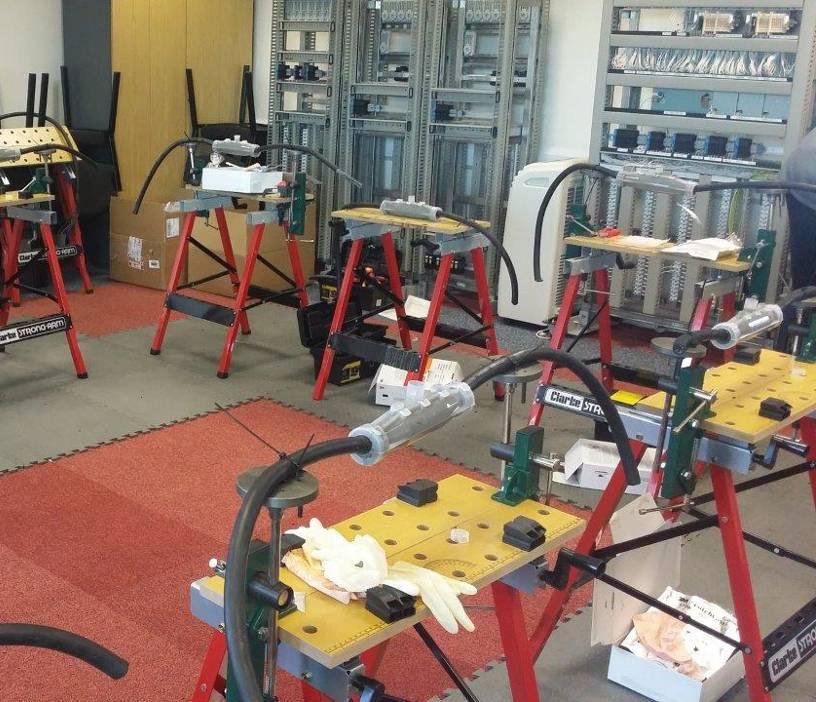 Outdoors was a small ground frame connected to a set of points and a semaphore signal. This was to demonstrate faults in the alignment of point blades and how manual interlocking prevented the signal being pulled off if the blades were not in alignment. Even a little 'persuasion' with a long piece of metal was not enough to make the broken points lock and the signal pull off, showing how safe the system is designed to be. The group were also able to have a walk round the hallowed RTC site, for some a big highlight of the visit. Drawing to a close at 1pm after the intended two-hour visit had become over three, the fine Derby sunshine appeared, and the obligatory BLS group photo was taken.

Below: The outside 'misaligned points' [left]; ground frame and signals [right].

Thanks to Andy and Isobel Knight of Signet Solutions and Ian Hughes of Green Dragon for hosting this very enjoyable and informative tour. £120 was donated to SSAFA (the armed services charity) in gratitude.