In splendid autumn sunshine 13 BLS members converged on this 7¼" gauge 620yd railway near Wokingham, which started life in 1983 and has evolved since. Situated in the curtilage of Pinewood Leisure Centre (formerly the London Open Air Sanatorium of 1901 and latterly the much expanded Pinewood Sanatorium in 1919 for TB patients), the site remains well wooded and dotted with some original hospital buildings. Having introduced ourselves, the party took seats on a battery electric hauled train and gave the driver an overview of their requirements. A few rode on a steam hauled train to cover the main circuits. Setting off from Pinewood Central P1 the public route was covered and repeated to take in the full length of P2. The driver then called for the signalman to 'open up the station by-pass line' gaining the response 'I'll get the spanner' and it was clear that rarer track was now in prospect! Arriving at the junction, said signalman was just freeing the facing points and threw the lever to allow our train to become the first passenger train ever to traverse this chord! More detailed traversals followed with the train shunting back onto the long and very little used depot head shunt extremity. Our hosts hacked back brambles and cleared other vegetation fouling the more distant parts of the long curving siding until the locomotive could propel the train no further. 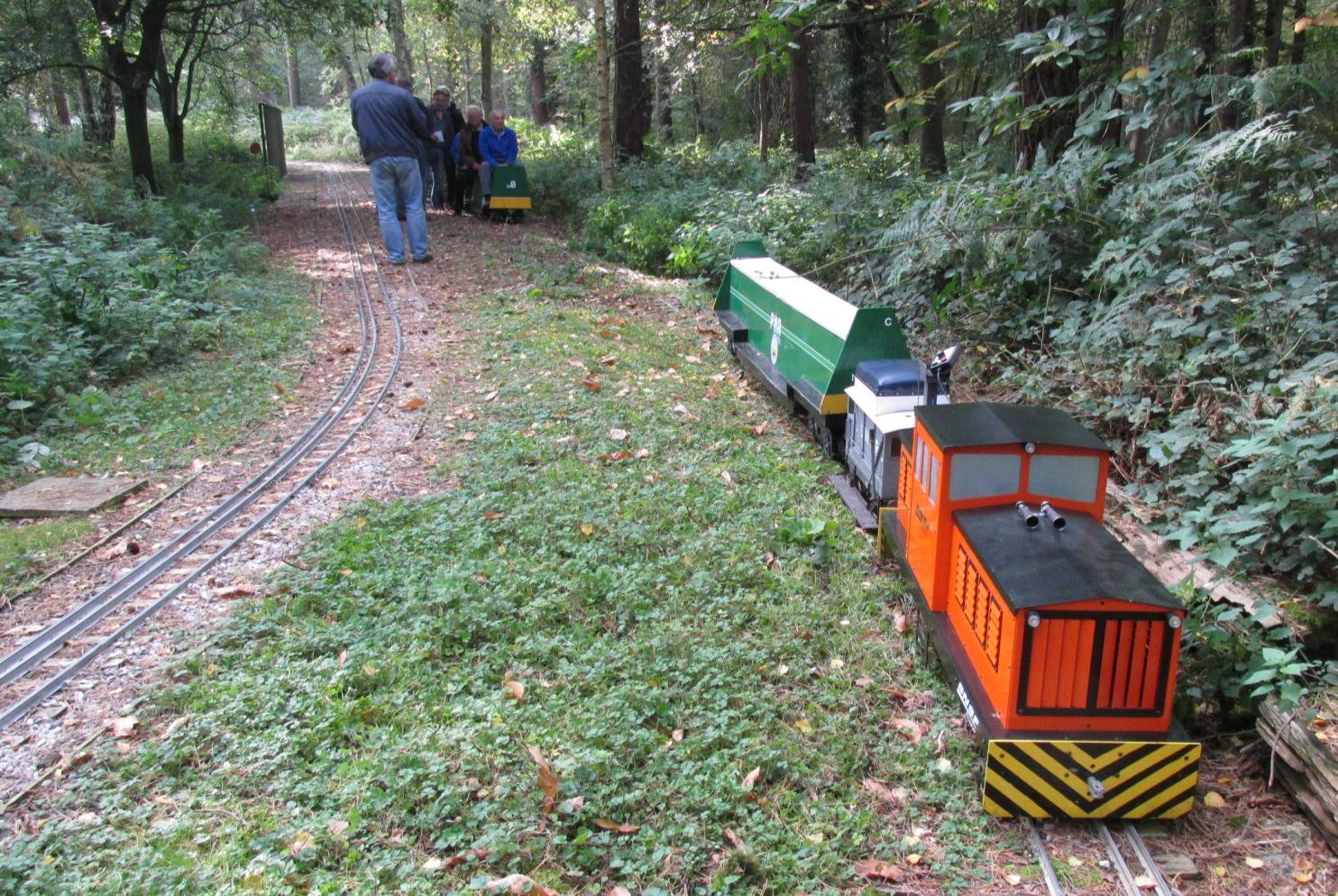 About 20yd short and not to be thwarted, the rear coach was unpinned and hand propelled right to the stops with participants swapping over to gain the last few panels (and a couple of nettle stings - definitely a case of 'no pain, no gain!') as shown in the above picture. 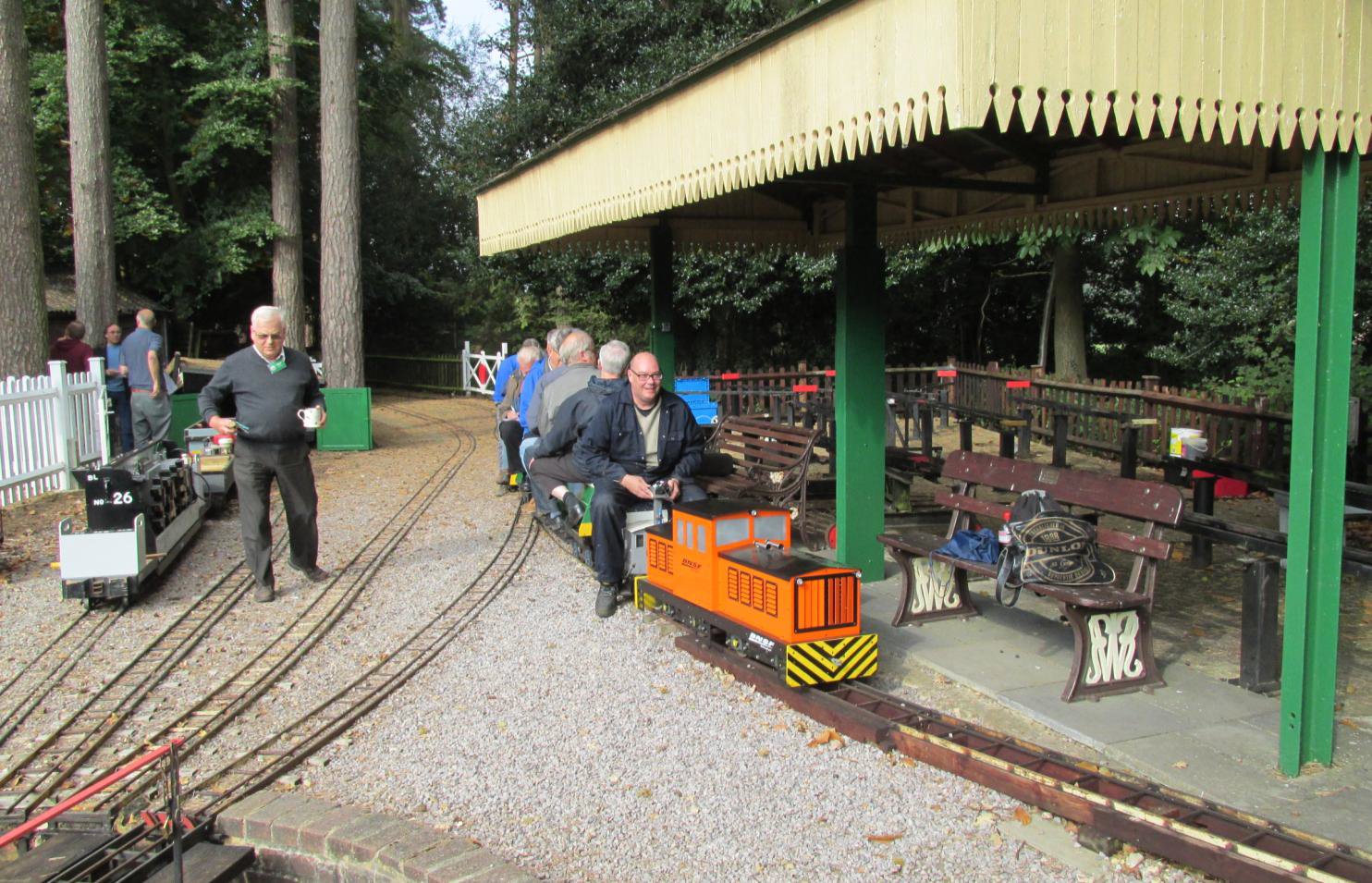 A thorough traversal of the former terminal station (no longer in passenger use) and shed area followed (above). Then a coach was kindly made available to hand propel into the coach sidings off the main circuit using 'people power', to where a new independent line from the station is under construction. After more rides behind various locos, a group photo and donation, there was an invitation to return to cover new sections planned and under construction.

A very enjoyable visit; thanks to Simon Mortimer for all the splendid arrangements and both pictures.