Kentrail Enthusiasts Group visited the railway in 1996 so the several changes and enhancements to the layout since made a revisit highly desirable. Our hosts headed by Paul Naylor (the Chairman of the society who runs this delightful line established in 1990) made everyone most welcome. After signing in on behalf of the whole group, the organiser was briefed on what was possible and not possible. The latter did not amount to much and by the time we had finished was even less! The party, mostly BLS members, fitted onto one train hauled mainly by 'Ivor' (with a Reliant Robin engine but fortunately more than three wheels!) hauling five sit in coaches which gave a very comfortable ride. From Frimley Lodge station the train made a full sweep of the main loop, which to our surprise revealed a new station. Called Tom's Halt on the ground but 'Santa's Grotto' on the railway's track plan, it even had a new loop to by-pass trains while their passengers visited Santa in his adjacent grotto. This being summer no cheerful chappy nor grotto was present! It had only been completed in June and was later a very pleasing addition to the traversals. A broad plan of action had been formulated and, taking in the normal loops and platform roads this covered non-passenger sections between the set down and pick up points (rather annoying these) and crucially the pièce de résistance, the early return loop which never has passenger use. It had been completely relocated since 1996 and had been tested with a special ECS movement prior to our visit. On the day the link was duly covered, but required some assistance from the participants in the end due to the sharp point curvature, a real 'first' and very choice track. 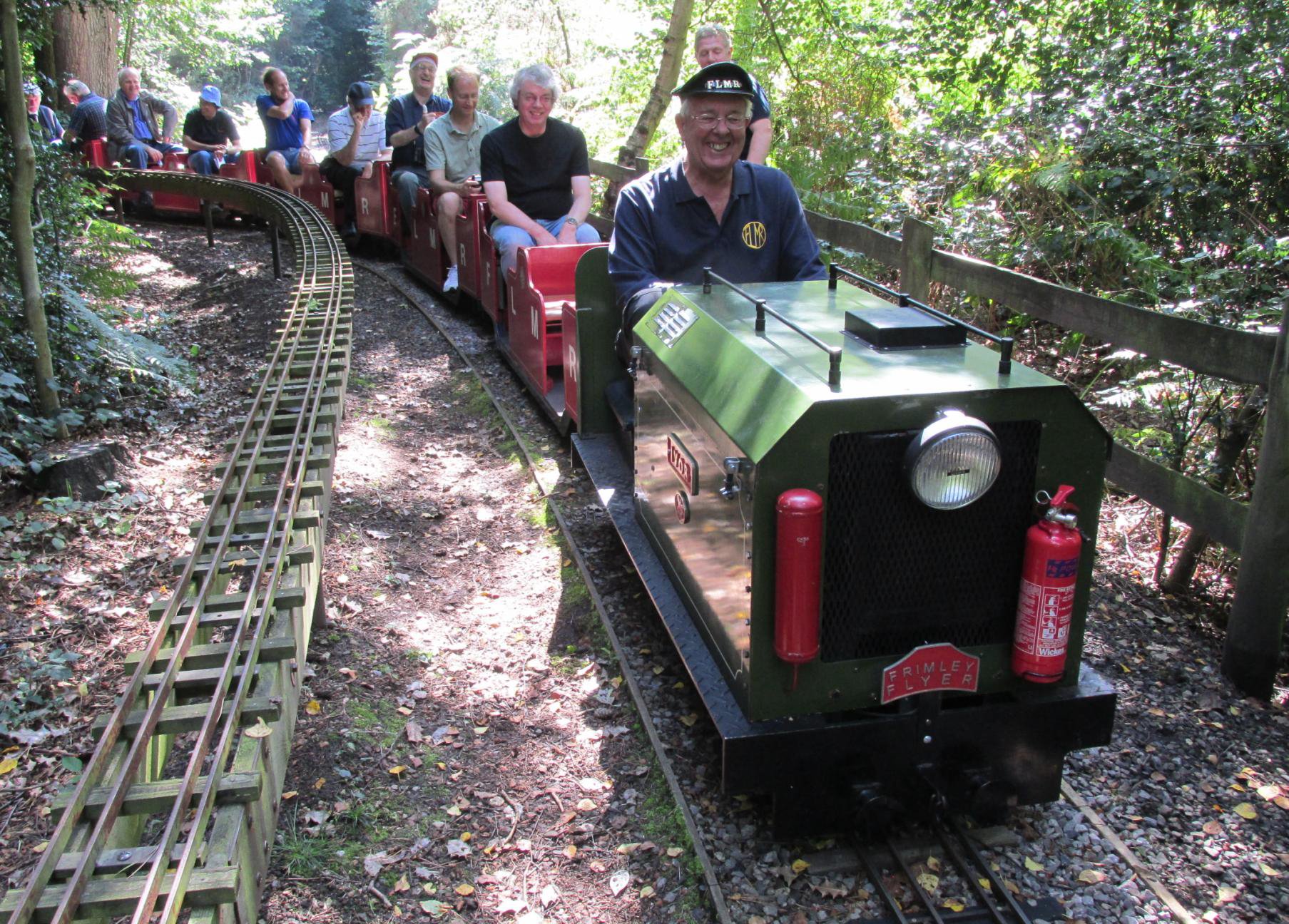 There followed a full traversal of all the carriage sidings which had not been planned but the phrase 'we will give it a go!' came into play, and they did! Then 'Hector' (a small blue loco more used to operating the permanent way tools train) coupled to the shed end of the train. It operated in and out from that end as well as propelling into sidings near the station with complete success. With 'Ivor' re-coupled, another circuit was made and, as a finale, 'Hector' again backed on and drew everyone along the shed branch (downhill) before detraining to allow the ECS to be taken back uphill! With literally just a few yards of track virtually inaccessible to people on a train left, the party were delighted with the traversals achieved. Back at the station a group picture was arranged with the train crew https://goo.gl/Ohp79m and everyone was smiling!