On Friday 10 July 52 members, to their credit, met up for an 09.00 start at this rather obscure but lovely middle of nowhere location. 'We have very little passing trade' and there is no mobile phone signal, mains water or electricity! This was our second fixture in Scotland this anniversary year and a treat for our 'local' Anthorn and Brampton members who normally have to travel many miles to Society visits. In rather misty damp conditions with challenging wet slippery rails on the steep gradient to Whitrope Summit (1,006ft), trips were made in the 35 seat experimental single coach 4-wheeled 1984 built LEV BR Engineering/Leyland railbus RB004. This arrived in May 2012 and had never carried so many people in one go there! We were the first passengers on the newly relaid section to Whitrope Tunnel mouth (63m 27ch - mileage from Edinburgh Waverley via Portobello Jn.) - sadly a roof fall requires £1.4M of work to reopen it - on this section of the former Waverley Route (CP January 1969) between Carlisle and Edinburgh via Hawick.[pictured below by Simon Mortimer] 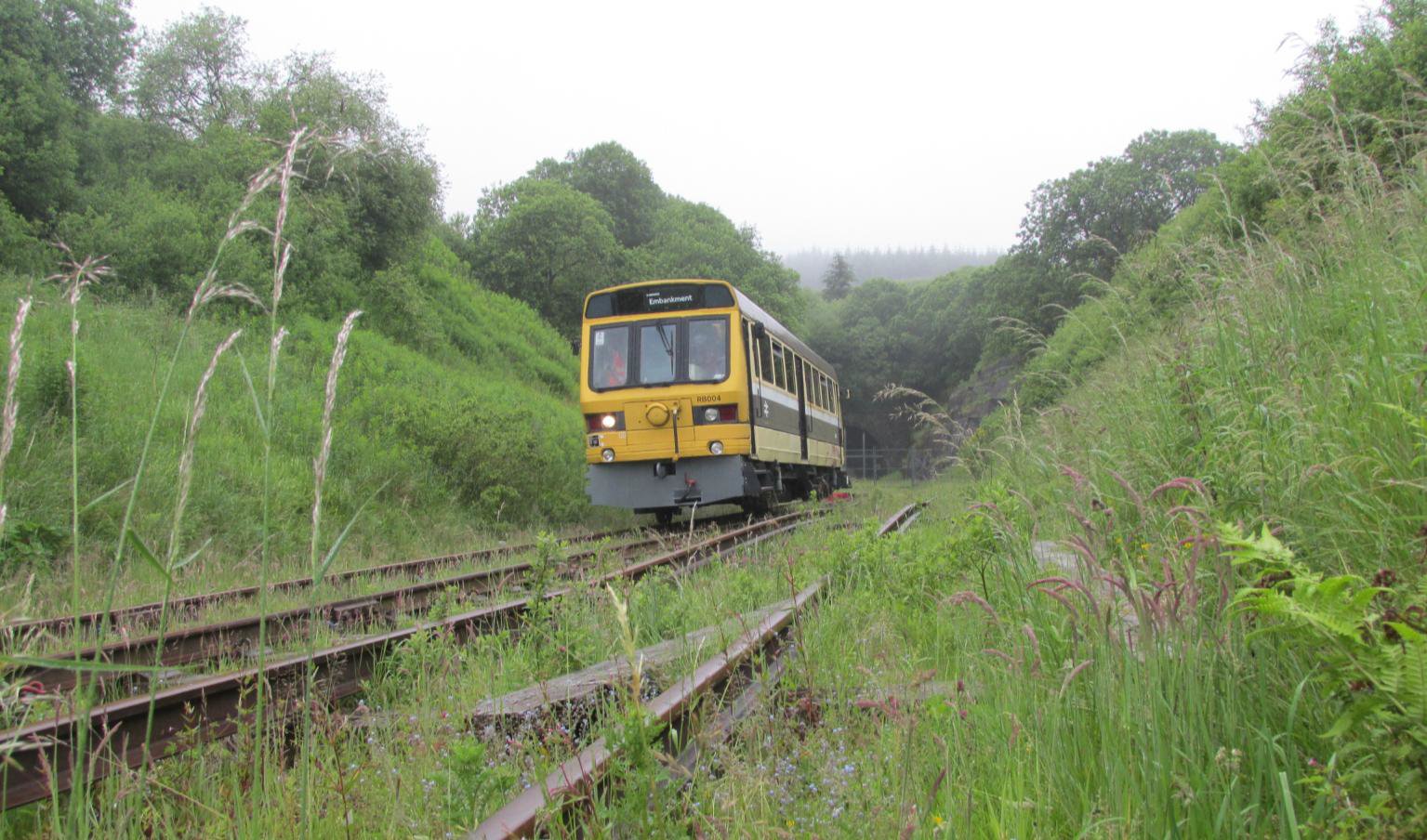 The public runs stop before Whitrope Heritage Centre car park access road level crossing, just north of the modern platform (63m 44ch). In BR days there was a siding at Whitrope and, until 24 February 1964, alighting or joining of passenger trains was uniquely timetabled using a ladder to the guard's compartment (BLN 1164.744)! At the south end, the second overbridge (No 200) was reached (63m 62ch). Paper work awaited from the Forestry Commission is holding up a further extension over this into the cutting to 63m 65ch and beyond (Carlisle 34 miles to go!). Then it was back but over the crossover into the formative run round loop (another first) to reach stabled stock. The static buffet car (now on its own track rather than the main line as formerly) provided welcome hot drinks, homemade soup and food included in the cost. A very interesting exhibition included local railway artefacts. Participants could then travel in the 'Permaquip' enclosed PW-trolley that had only arrived on 22 June and seated 7 with excellent visibility; this ran from the loop headshunt overlapping with the LEV trip. Below it is seen in the headshunt about to make another trip along the loop line.[Simon Mortimer] 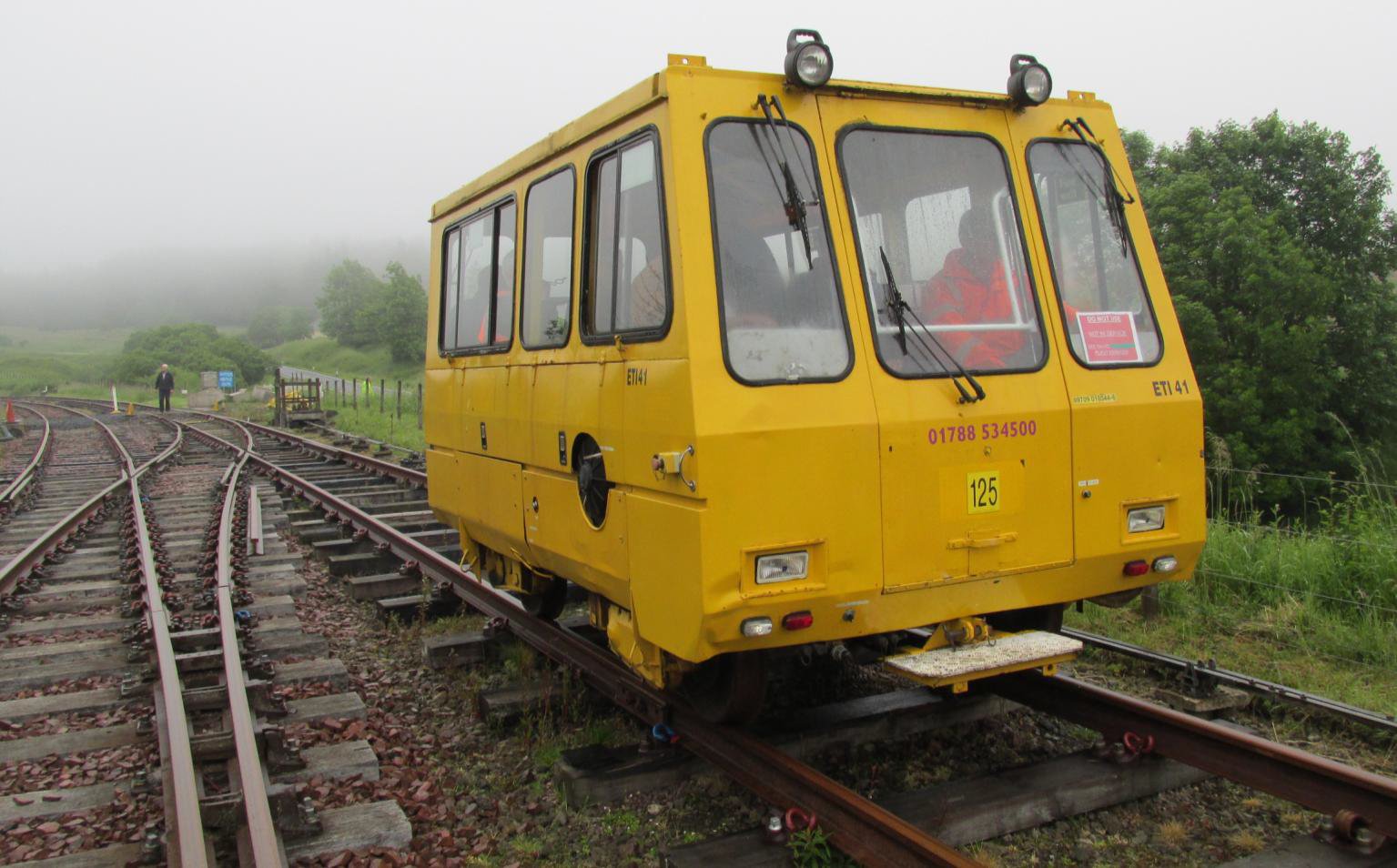 Clouds of Scottish Midges had put in an appearance and it was time to make for Saughtree, only 2¾ miles away as the crow flies but much further by road. (This passed the equally isolated former Steele Road station railhead; might it one day see ScotRail or Heritage trains?) Particular thanks to the very friendly, enthusiastic and hardy Waverley Route Heritage Association volunteers https://goo.gl/Erjo2F for turning out specially on a Friday so early (none was local). Public running and buffet opening times via the link above. They will be delighted to see you!