After a good number had begun the day with special morning operation on the Plym Valley Railway, an incredible 198 participants travelled to Plymouth for this joint BLS/PLEG (Preserved Locomotive Enthusiasts Group) track and traction charity trip. This was a real 'win-win-win' event, raising £7,850 for the 'Plymouth and District Mind Association' http://goo.gl/dyGg3Z mental health charity. NR kindly waived track access charges, all staff (including our member local FGW, now GWR, driver Stuart Smith) generously gave their time free and, as usual, all BLS/PLEG Stewards purchased their own tickets. 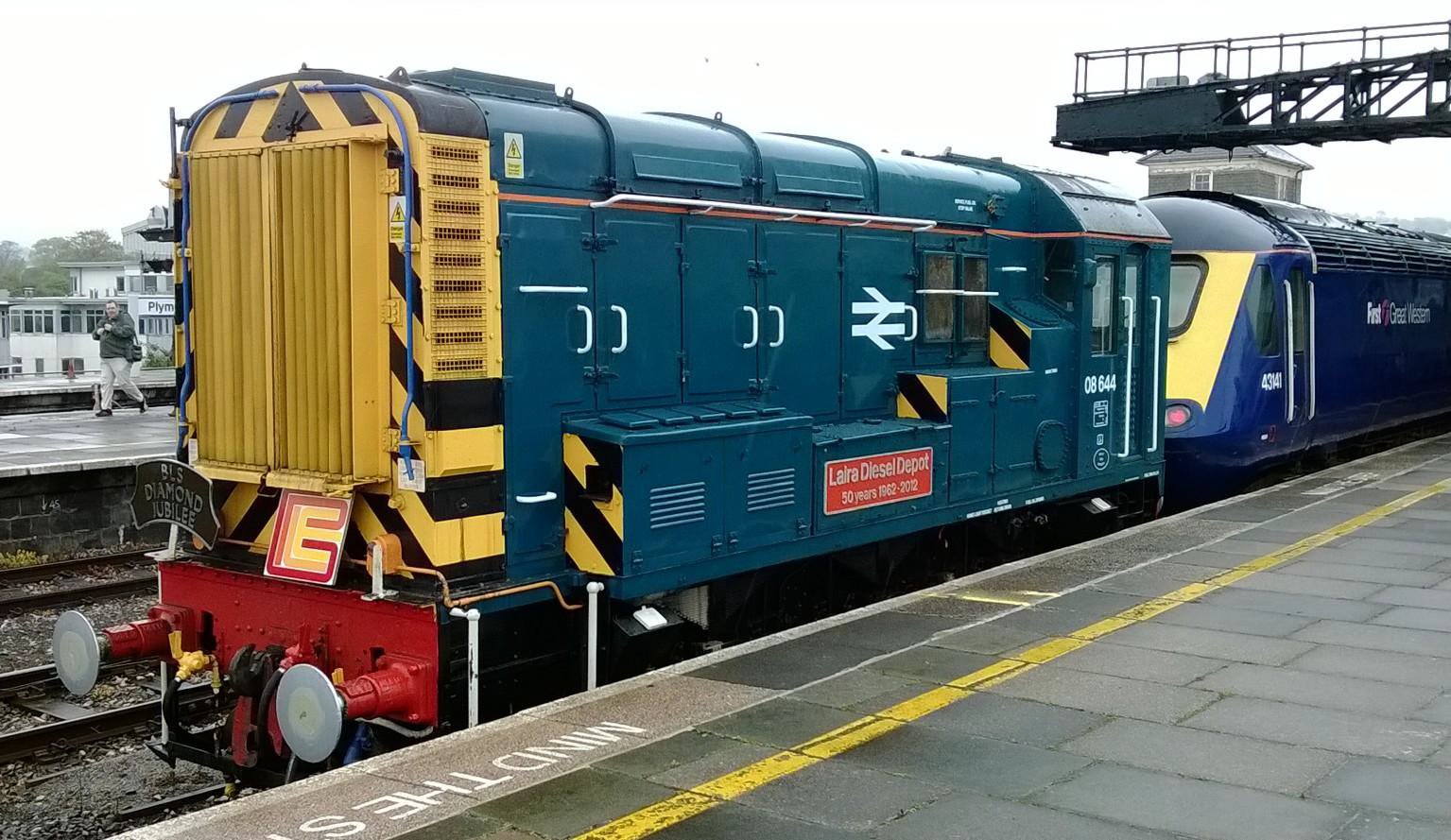 The departure time of 12.00 at Plymouth maximised rail connections (even available from Bradford and York as a day trip) and saw the unusual sight of an 8+2 HST (the power cars just to power the train's electrical systems) with Laira Depot class 08s 08644 and 08645 working at each end. Then followed a 7¼-mile trundle to Laira Depot and back in time to catch the 14.00 departure to Paddington (see later). The route included some track not previously covered on our recent 'FGW Tracker' railtours. Departing east, at Lipson Jn the usual right hand line of the curve was taken to Mount Gould Jn (the other line being, rather unusually, unidirectional in the opposite direction between Speedway Jn and Lipson Jn). Then, bypassing the carriage washer and taking the 'Down Arrival' line, the buffer stops were reached short of Plymouth Friary overbridge. Return was along the 'Up Departure' line then via Laira Depot Through Siding No3 to Laira Jn and the Down goods line where the train reversed. Return to Plymouth station was directly along the Down Main. 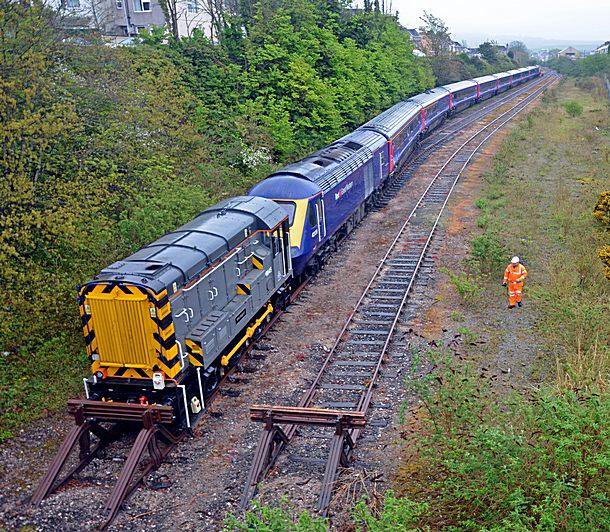 Some pictures of this unusual event http://goo.gl/7TP9OO and other relevant information.

The atmosphere on board was great and when the FS suggested that the Editor went down the train selling spare copies of the newly released 2015 'Minor Railways' to the non-BLS members aboard, they ran out requiring a reprint! A big thank you to all involved for this outstanding and unusual trip, particularly FGW/GWR, NR and PLEG's Fixtures Secretary, our member, Andrew 'Brillo' Wilson for the major task of administering this event (and the next trip later in the day...).