On a cold but bright and clear Friday 20 February, 31 members from far and wide gathered at Embsay station for an 'all available lines' railtour using two brake vans with very welcome lit stoves and the 1952 vintage class 04 (11103 also known as D2203) for haulage. On arrival, rather puzzlingly one van was labelled 'A' and the other 'B' but all was soon revealed. Participants drew lots for their vehicle enabling a more even spread and some new acquaintances to be made. A prompt 10.30 start was made from P1 to the Ash Pit line behind the Loco Shed and Worksop. En route to Holywell Halt, where there was an impromptu photo opportunity, the train set back into Skibeden siding (219m 30ch). 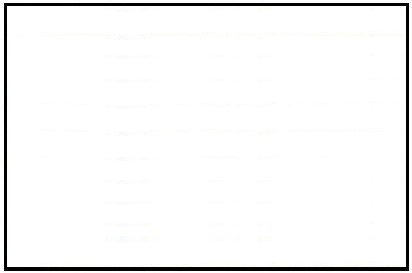 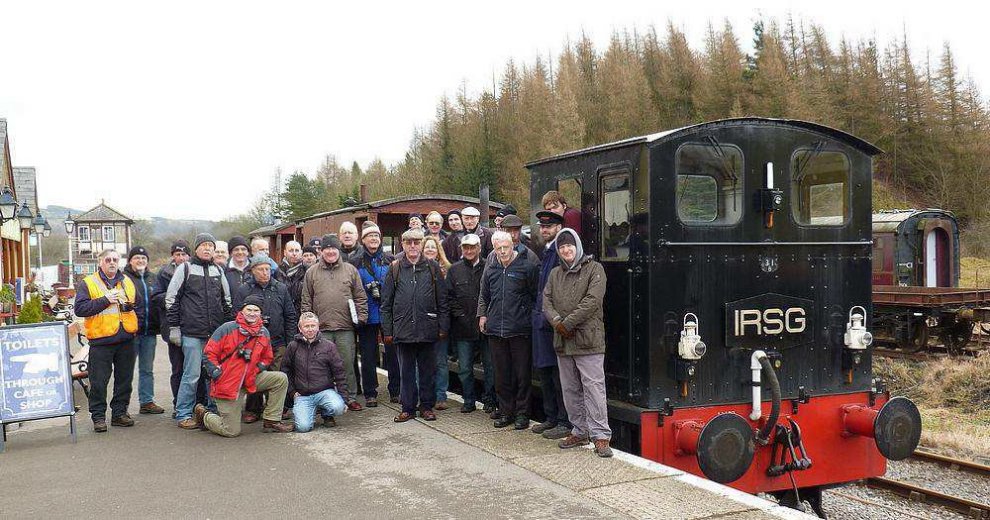 At Stoneacre loop the train waited while the crew opened the box (a rare event) so the train could run past and back over the now rarely used and very rusty unidirectional loop line towards Embsay. Another photo stop and interesting signal box visit also took place (there were quite a few of both all day). After completing the loop the box was closed again with shutters down over the windows, just as if nothing had happened. For many the highlight of the day was Draughton P.W. depot (21m 70ch) to the buffer stops; the lengthy siding comes off the running line north-westerly at quite an angle. At the delightful Bolton Abbey station, with its faithfully reconstructed wooden building, the tour covered to the end of line (216m 56ch), the long run round loop and, after shunting out the stock (and later replacing it), the two long sidings and their south headshunt. These interesting movements were very reminiscent of activity at BR wagon load depots prior to the 1980s. There is a definite plan to replace P2 here. By special arrangement the Hambleton Valley Miniature Railway (7¼" gauge) was running for us, the very enthusiastic driver covering just about every inch of track. Those who had visited last year noted there is now a new higher level extension at the west end to access the workshop with closure of the former ground level line.

There are plans for yet another extension east (Ilkley here we come?), which will require an embankment made from excavating the new standard gauge P2. The loop and east facing bay platform were covered at the main Woodside station on the 7¼" behind Bolton Abbey's main station building as was the shed road there and, after passing the former east end terminal station (NRU) off the running line, the significant 2013 extension was taken. Thanks to the determination and resourcefulness of the driver, both sides of the current but temporary terminal platform were traversed and even its sector plate at the far end! Sales of very welcome hot drinks and a superb selection of homemade cakes were brisk at the Bolton Abbey refreshment room. To the delight of the railway they almost sold out of cake.

Returning to Embsay, the tour covered all four east end Shed and Workshop lines to the north of the running line and the carriage shed lines to the south, as far as possible. Then it was through P2 with a change of motive power to the 1958 built Andrew Barclay 0-4-0 440 ex-Meaford Power Station No1. Society trips in 1981 had haulage by the same locomotive at its eponymous and long closed power station near Barlaston! The tour then traversed the short headhunt west of P2 and to the end of line (220m 59ch) at Bow Bridge loop, where a DB Class 66 was seen returning light engine from Rylstone Quarry (the engines exchanging greetings). Some present had traversed the now lifted temporary connection to the quarry branch here on one of the three infamous Yorkshire Flying Banger Skipton to Embsay shuttles of 8 August 1982. Yorkhams Meat Products sponsored them and connection with the main network was made by slewing the branch track for the day! Returning via the other side of the loop, the tour ran into Embsay reversible P1, back exactly where it had started some five hours earlier. Participants were then given a demonstration of the 2'-0" gauge line at Embsay with a variety of motive power and complex shunting.

This was an excellent and unexpected encore to a most enjoyable day at this very friendly railway. Thanks to our member Glen Wells for organising it all.