36 BLS and PLEG members travelled from far and wide to enjoy a special private opening of the line, in sunshine, before their diesel gala weekend. Morning and afternoon trips were required to clear the bookings; such was the popularity of the event. There is much to be said for the increasing number of joint BLS and PLEG (Preserved Locomotive Enthusiast Group) events which reflects an excellent spirit of co-operation and co-ordination between the organisations. The detailed route coverage ensured all available lines were covered, (see map). Of particular note was the normally occupied section of the former Midland & South Western Jct. Railway south of Taw Valley Halt which had kindly been specially cleared out so the buffer stops were reached. The normal passenger line north of Hayes Knoll was occupied by rolling stock usually stored on the lines visited and cleared specially - hopefully extension to Cricklade is on the horizon. Cab rides were available with thanks to the train crew. At Hayes Knoll depot, the charters were the first passenger trains to run inside the recently extended shed when they completed No.5 road, the one furthest from the running line. There was opportunity to visit the shed and view rolling stock. The trips were booked to use two ex-BR locomotives but in the end featured three: D3261, 03152, 09004 and industrial JF4220031 0-4-0DH (1964) Blunsdon. GWR Toad brake van 17980 provided excellent passenger carrying accommodation, as it has been fitted with windows on all sides. An on the day bonus was secured as some participants on the first trip were able to ride on a road rail cherry picker vehicle being tested in the siding at Blunsdon.

Huge thanks are due to Paul and all the other volunteers at the S&CR who made excellent fixtures happen. 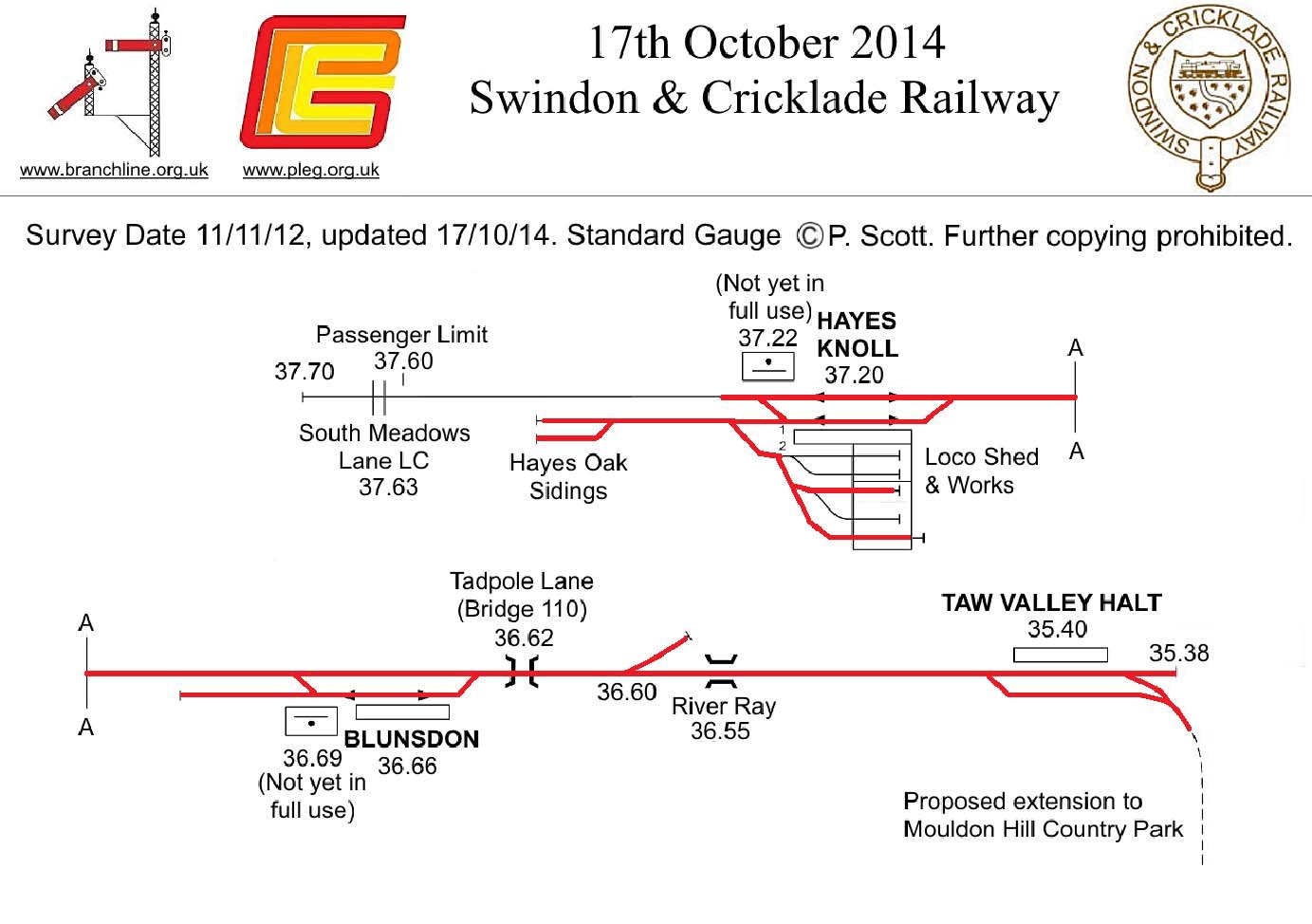 With thanks to Peter Scott, the map above shows the coverage of the trains; it is for personal use only and not for further copying or transmission. Kentrail Enthusiasts Group Vol 1 has 119 similar maps of Southern England Minor Railways and Vol 2 has 125 maps of the Midlands and Eastern England (see BLN 1218 p424 for how to order them).