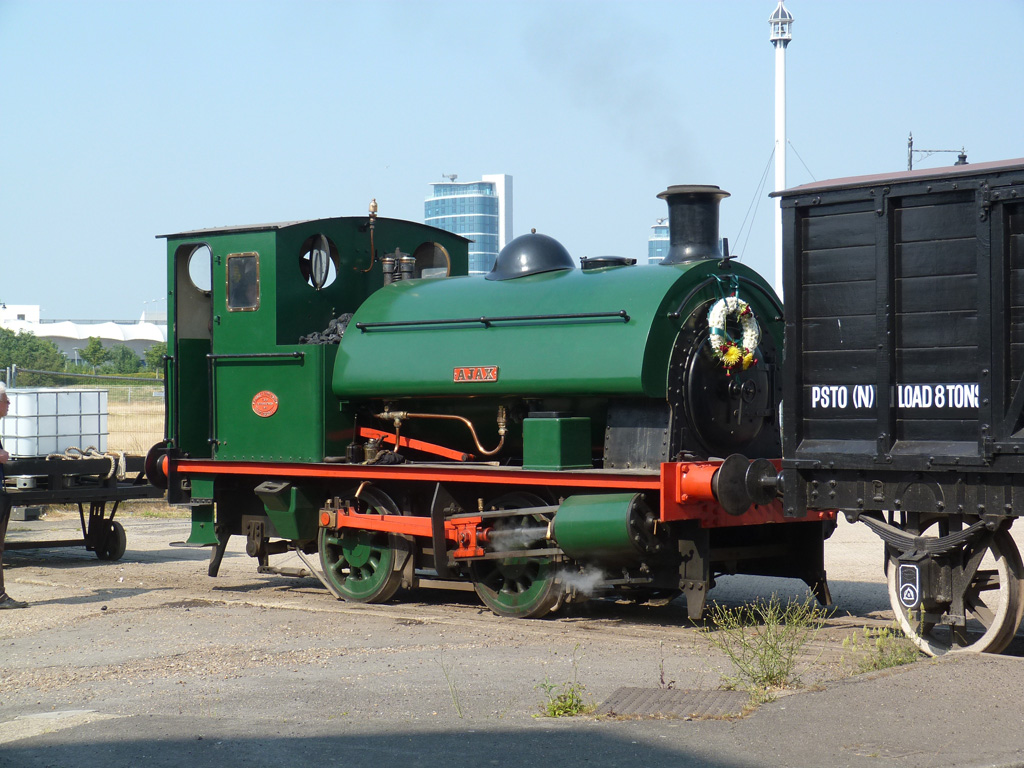 In wonderful sunshine, 25 members visited The Historic Dockyard, Chatham on Saturday 6th July for both a walking and a riding visit. Our hosts gave the party a most comprehensive tour of the site, allowing visits to a number of buildings not normally available to the public. Members who enjoy "spotting" were able to see a number of unusual items of rolling stock and obtain close up photographs, including the famous 8-wheel Kitchener coach which belongs to the Royal Engineers Museum. Whilst walking the site they were able to observe demonstration freights provided by two steam locomotives P1903 0-4-0ST (1936) and RSHN7042 0-4-0ST (1941). As the site closed to the public, footplate rides were provided in the steam locomotives for small groups from the Anchor Wharf area to the opposite end of the line, being the normal demonstration run. After this, members were able to visit the new locomotive shed and traverse the shed road in the cab of a diesel, FH3738 4wDM (1955). To finish an excellent fixture, steam footplate rides were repeated, this time to the track laid into the car park and three roads of an available five to the slip building. It is hoped that a visit to the Dockyard Railway, now an operating model is established, may be scheduled for 2014. A large donation was made to the volunteers, which will be used to purchase specialist equipment needed for track maintenance purposes. 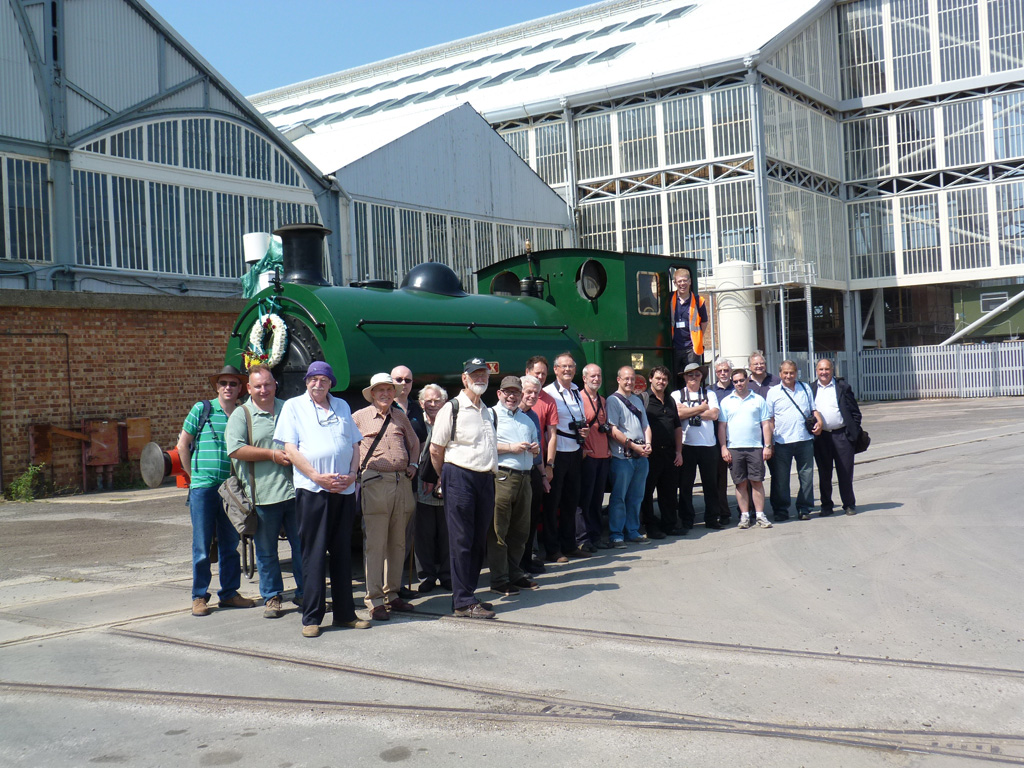 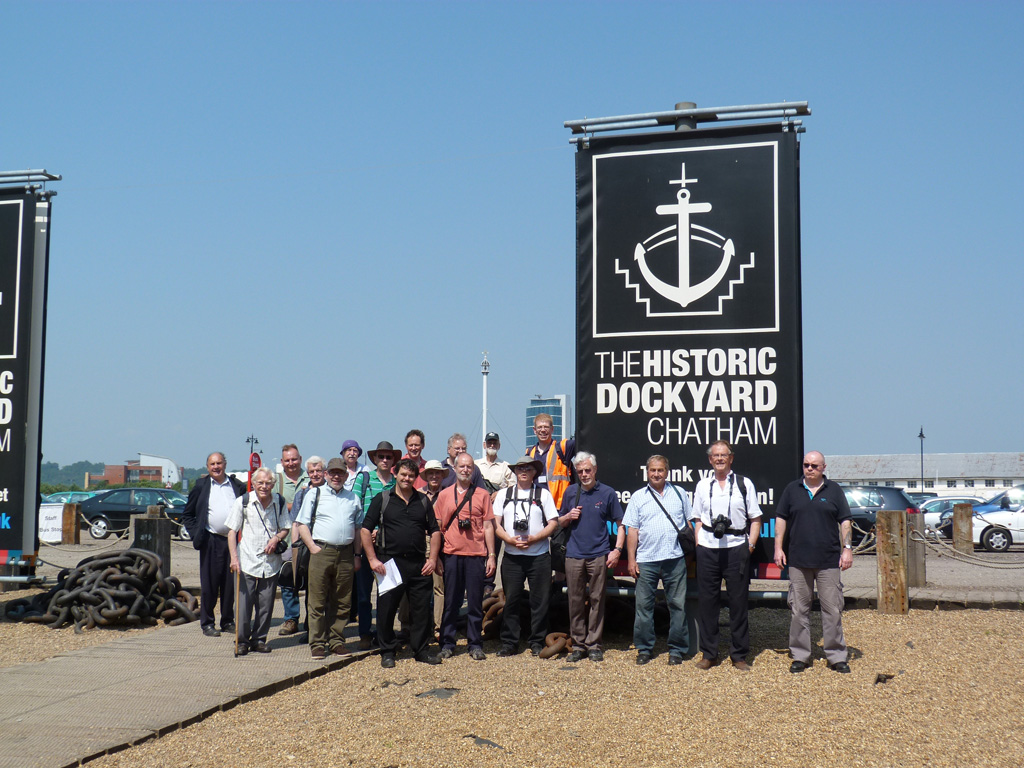 Development of the 18in narrow gauge railway at Chatham Dockyard

When the Naval Dockyard at Chatham was being enlarged and improved under the direction of Col. Pasley in the latter half of the 19th century, the need arose to provide a suitable means of transporting iron plates and other components required in shipbuilding from the point of transhipment to the desired building slip. The loads giving rise to particular difficulties, were those of an 'intermediate' nature, [ i.e. too heavy for horse-drawn carts but under 15 tons] as a result of their relatively high rate of recurrence. Col. Pasley decided against the employment of a standard gauge system for this type of internal traffic, on the grounds of its relative inflexibility in handling intermediate loads. In 1868, the decision was made to experiment with a horse-drawn 18in-gauge tramway consisting of cast-iron plates with running grooves the requisite distance apart. The parts were cast in the required configurations for the straight sections, curves of predetermined radii and points and crossings, while a number were arranged for double track working. Although originally designed for horse working, the tramway soon received its first locomotive in 1871. By 1873, 1,480 yards of double track were in use and 1,865 yards of single line. The narrow-gauge system tended to be concentrated in the locality of the Gun Wharf, Ropery and Building Slips areas. The enlargement of the standard-gauge network to cope with increasing loads in the early years of the 20tb century was followed by the scaling-down of the narrow-gauge operations after the 1918 armistice. By the late 1930s, locomotive hauled workings on the narrow-gauge had ceased, but certain sections remained in use for hand-pushed four-wheeled wagons. 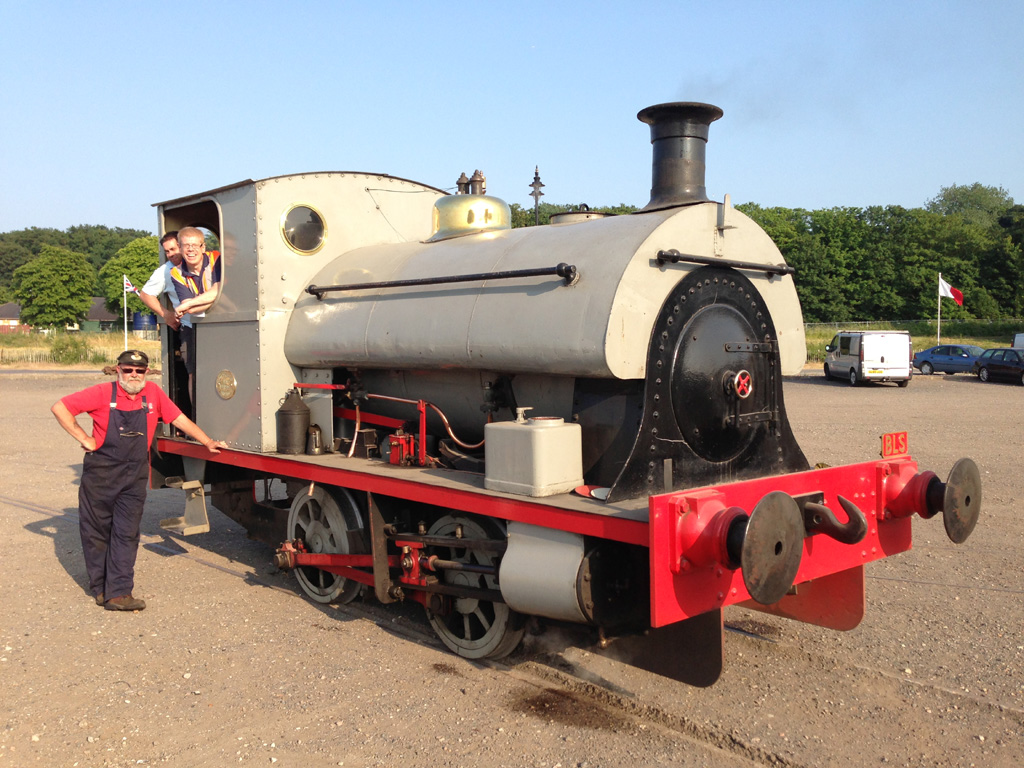 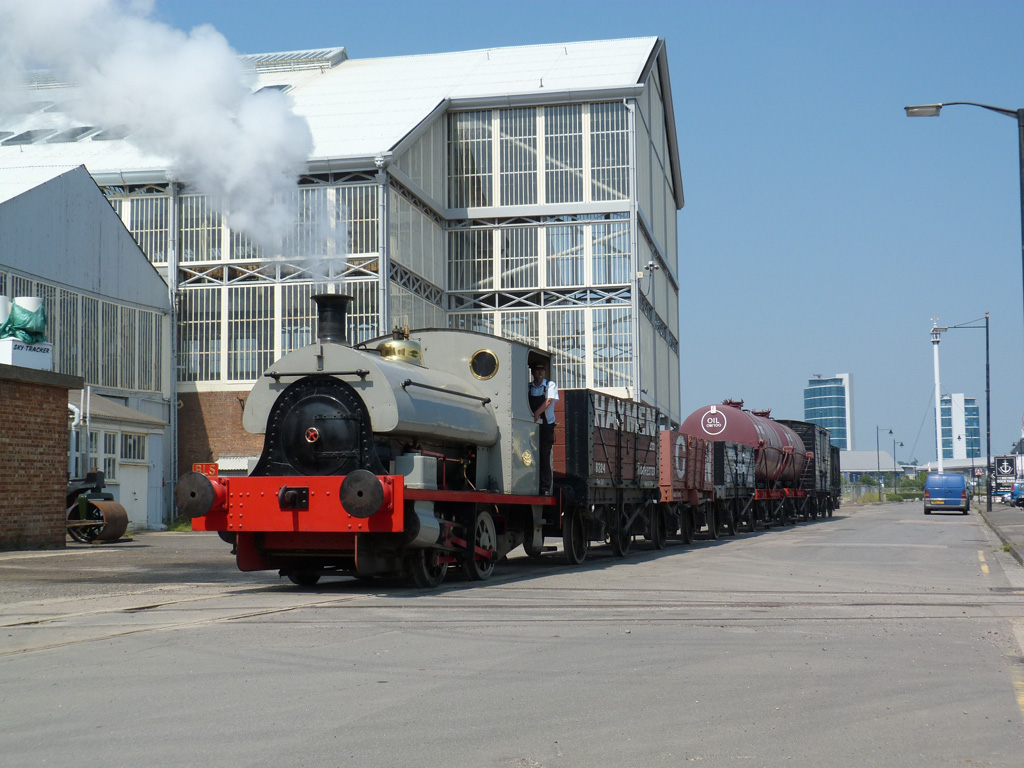 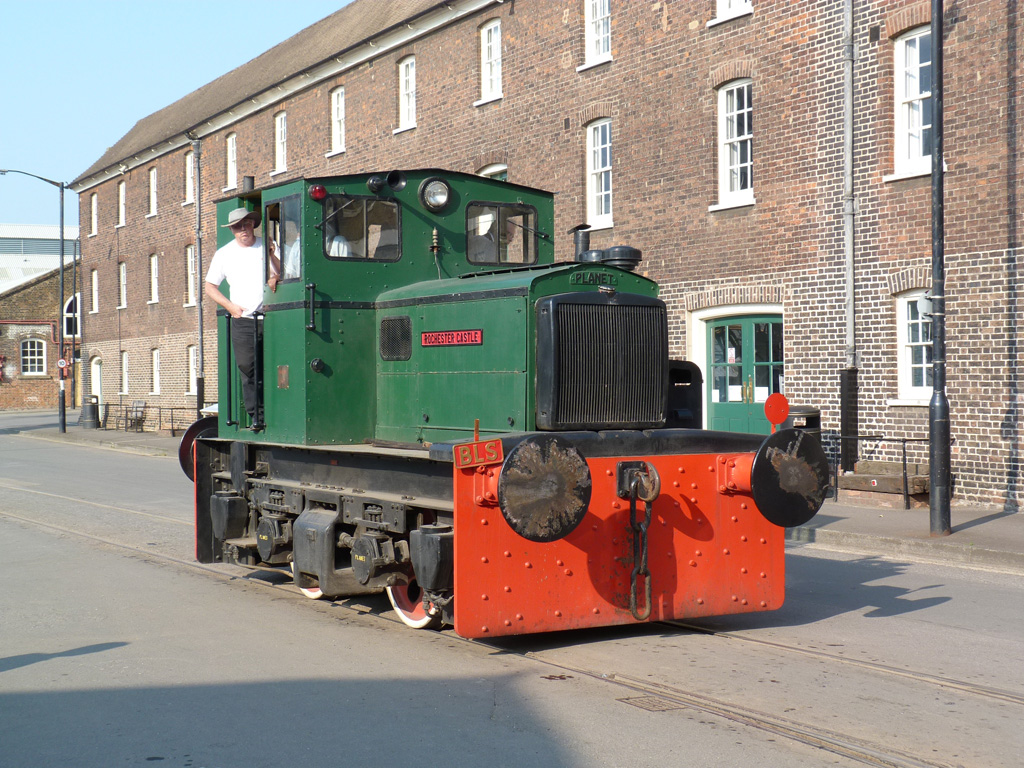 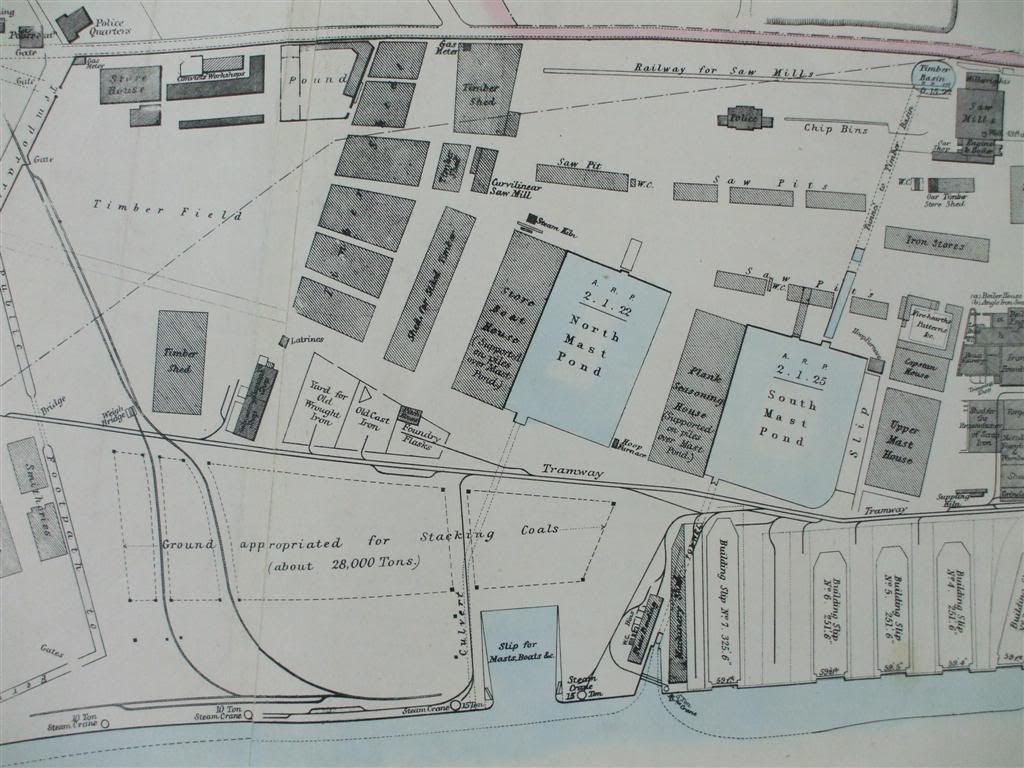 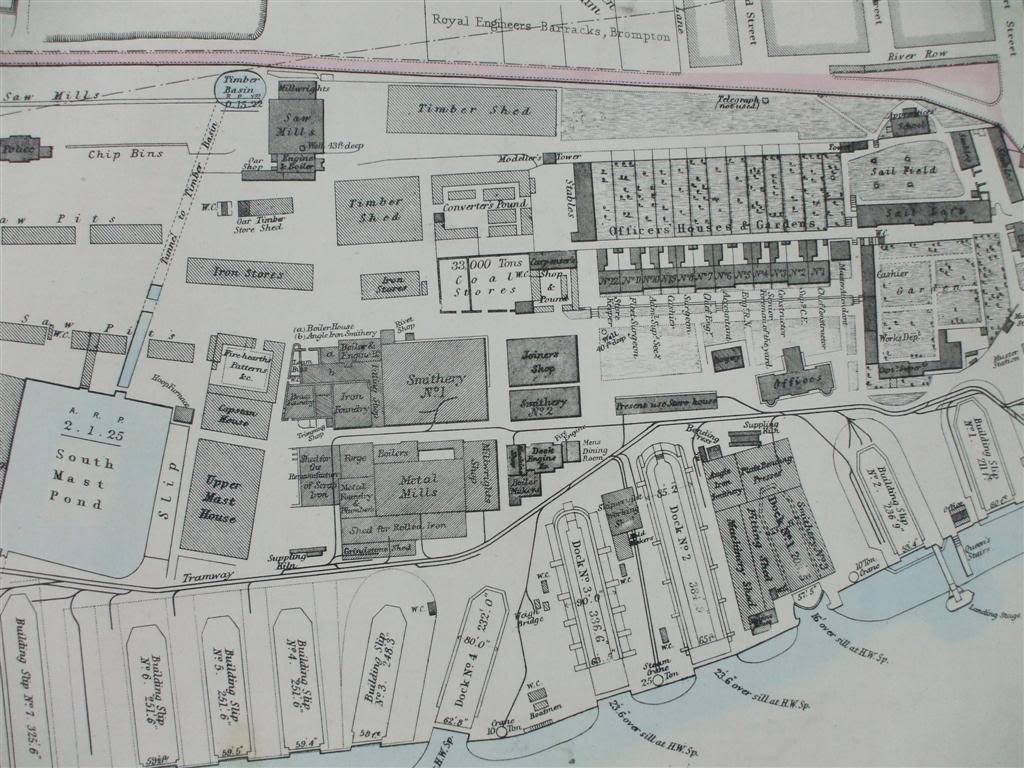 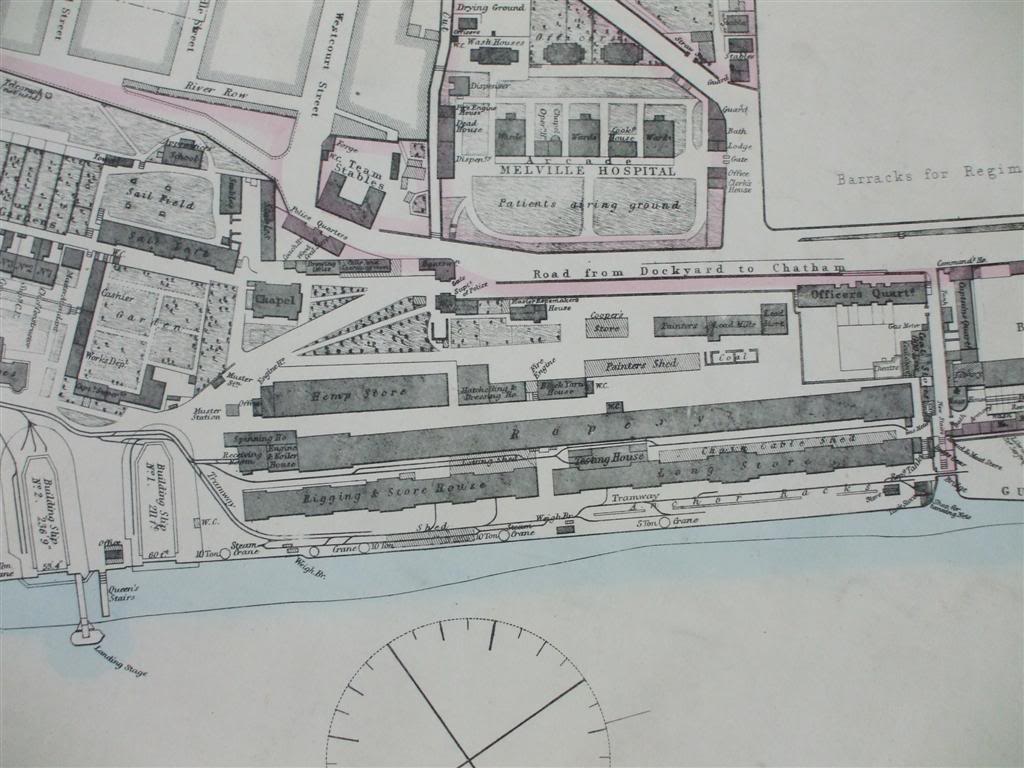 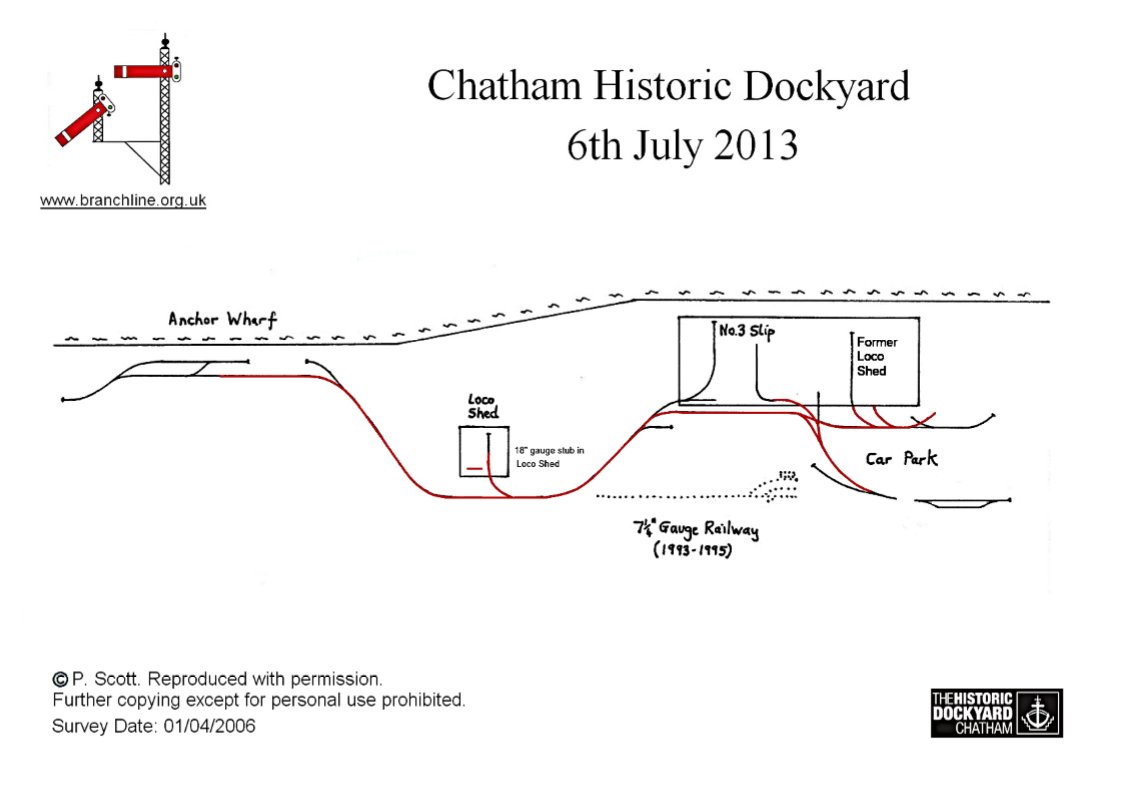