Twelve members (including one new recruit on the day) visited the Mullard Radio Astronomy Observatory at Lords Bridge on 8th June for a walking visit of the station site, the former RAF/USAAF ammunition depot and the observatory itself including the rail mounted telescopes. The visit started shortly after 11.00 when the station building and goods shed were specially opened for the visit and available for inspection. The former station is used by the observatory as a visitor centre and lecture room and the former goods shed as a store, where a partly made replica name plate for the station could be viewed. The party was then transported by mini-bus and car along the trackbed of the LNWR Varsity line to the extreme eastern end of the 5km or Ryle Telescope (named after Prof. Sir Martin Ryle, the observatory's founder) and running on an alignment immediately to the south of the former railway line. It consists of 4 fixed and 4 moveable dishes of 13 metres diameter running on a track gauge of 27' 9". The current length is 1.2 miles, however at one time dishes were installed to the west of the A603, also along the rail alignment. 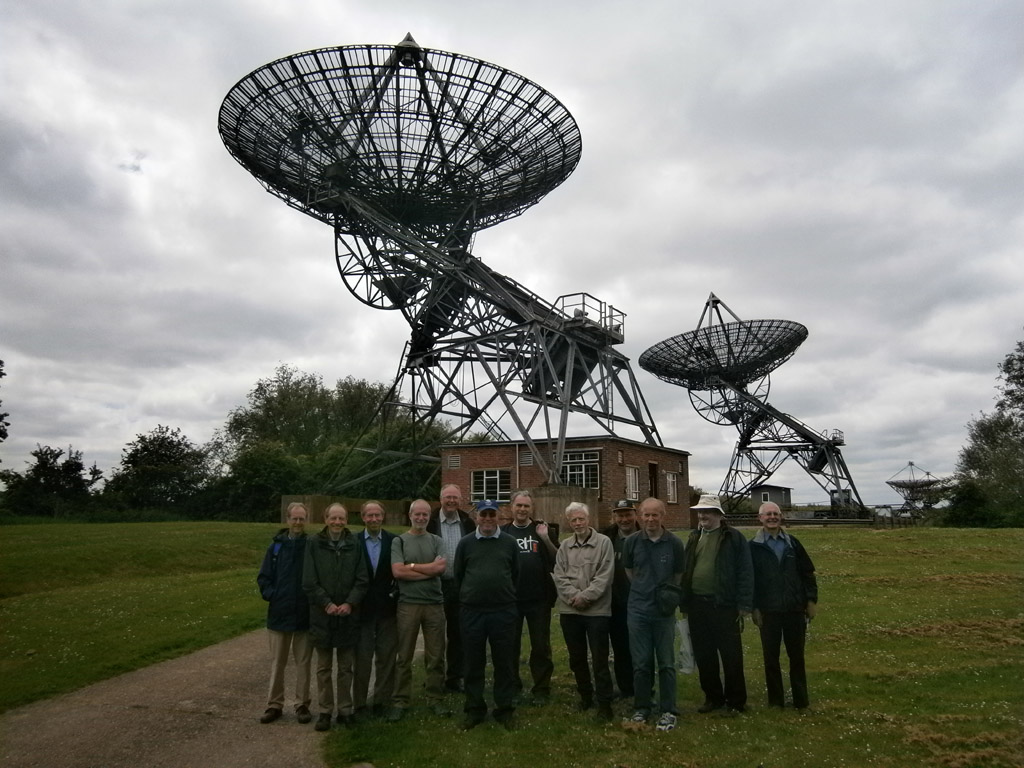 Following the inspection of the track and unusual asymmetric buffer stops (the travelling telescopes are mounted on triangular frames) the party returned to the station site and was transported over the trackbed of the link from the main line into the former depot for a walking visit of the military installations and One Mile Telescope. This was built in 1964 to the south of the site and consists of three rail-mounted dishes of 18 metres diameter, two of which are fixed and one moveable. The rails are 44' 6.5" gauge and ½ mile long, accurate to within +/- ½" over that distance. They are not located near any previous rail facility. The moveable dishes are diesel powered with hydraulic transmission to reduce interference with observations. The dishes are still capable of movement, however this happens only rarely and in accordance with the Observatory's requirements and were not be moving at the time of our visit.

Five members then moved on to the Cambridge Museum of Technology situated in the former sewage pumping station in Cheddars Lane in the north west of the city. A guided tour commenced shortly after 15.00 during which the party was able to inspect a variety of stationery steam and gas engines and the associated boilers. The main installation consists of two 1894 Hathorn Davey tandem compound oscillating engines, currently powered by a 1923 Babcock and Wilcox water tube boiler. These were used to pump sewage from the sump to the settling tanks some two miles away. One of the engines is operated on steaming days (bank holiday weekends) while the other is cosmetically restored and will be made operational when funding and time permit. The original boilers, also water tube, were used as waste destructors which generated a considerable amount of ash. This was removed from the boiler room on the 18" gauge Ash Railway which was also inspected at close quarters. This ran a few yards from the boiler room where the tubs of ash were manhandled onto a wagon turntable and then cable hauled a few hundred yards to brick pits. At the brick pits temporary rails were laid to enable the ash to be side tipped as infill. The only original item of the railway available for viewing was one of the tipping wagons. The current installation is of 2' gauge, using rails and wagons from the Warboys (Cambridgeshire) brick works and a former colliery winding engine from Tilmanstone in Kent. Current length is estimated at about 75 yards. A trip on the railway was made possible by the finding of a trolley chassis and enthusiastic manpower (shades of Barry pier!). The museum is well worth visiting in its own right for anyone interested in industrial archaeology in general and especially so on operating days when a variety of steam, gas, oil and petrol stationery engines can be found operating. Thanks are due to Mr. Dave Gates, a museum volunteer, who took time out from the restoration of his own steam engines to show the party around. A donation of £25.00 was given to the Museum. 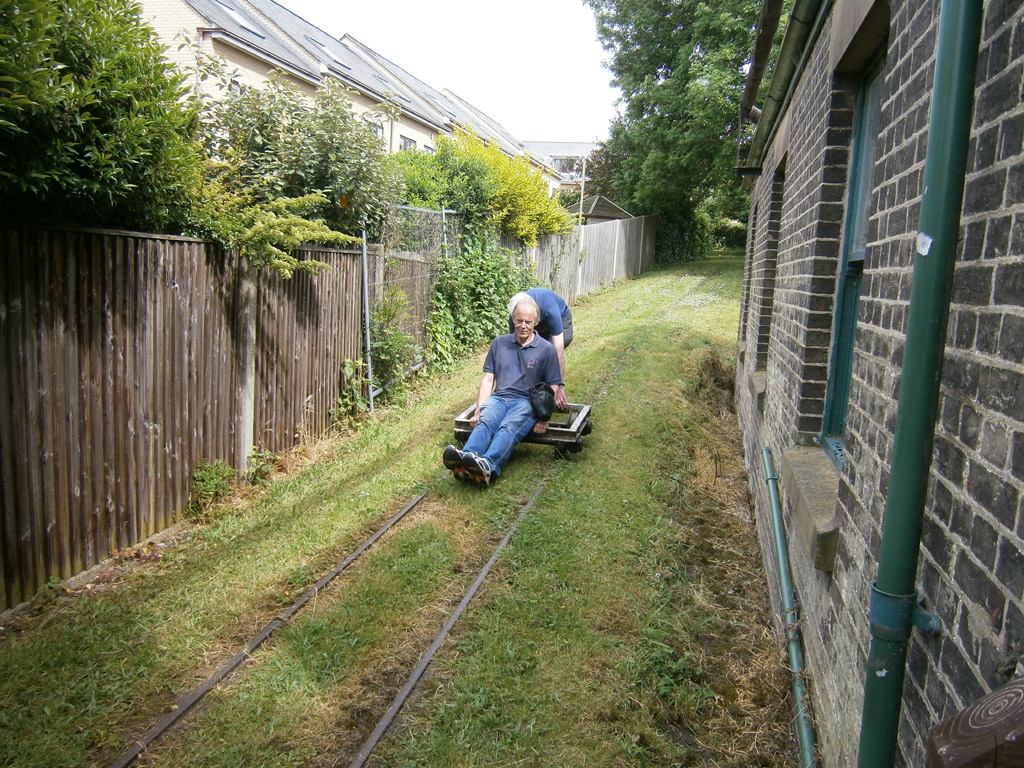