After Markeaton, 18 members met at the Nottingham Heritage Transport Centre, Ruddington at 13.00 during a Great Central Railway (N) Closing the Gap Gala, to visit the Nottingham Society of Model and Experimental Engineers layout there. Fortunately no experiments appeared to be taking place during our visit! There was an initial delay while a member of the public was very reluctantly detrained from our special as she had been told she could sit anywhere but did not want to pay the £12.00 fare!

In various groups we were treated to extremely comprehensive tours of their extensive 7¼" gauge system of over 1,000 yards which is fully signalled has tunnels and landscaping. Cumulatively we covered literally nearly every inch of track, the fixture lasting until almost 19.00! Highlights included all three platforms and associated sidings at Little Ruddington, the intermediate siding and the less used Parkgate Halt branch and triangle. At the latter we covered both turntable routes, the end of line inspection pit and siding, the layout being operated locally by a hand held control. An unusual feature here was a model flange wheel mounted signal box which is moved out of its secure shed on a narrow gauge plateway when required, which was kindly demonstrated specially for our party.

At Little Ruddington the highlight of our day was visiting the five-road shed and very tight outside leanto road, set in concrete and associated back shunt, adjacent to a rail mounted fixed narrow gauge underground locomotive and tub wagons. We also visited the turntable here, the associated complex of sidings and four steaming bay roads. Our indefatigable General Secretary was seen clearing out the grooves of a line set in concrete to the workshop off the turntable prior to the first movement over it for many years! The elevated mixed 5" and 3½" loop was also traversed. A considerable range of motive power was used including one scratch-built locomotive powered by a concrete mixer engine!

The party were most grateful to all the very friendly and obliging NSMEE members for this very enjoyable fixture (one of the most comprehensive we have ever done,) on a busy running day. Nothing was too much trouble with all the special arrangements. We look forward to taking them up on their kind offer to "come back anytime"! 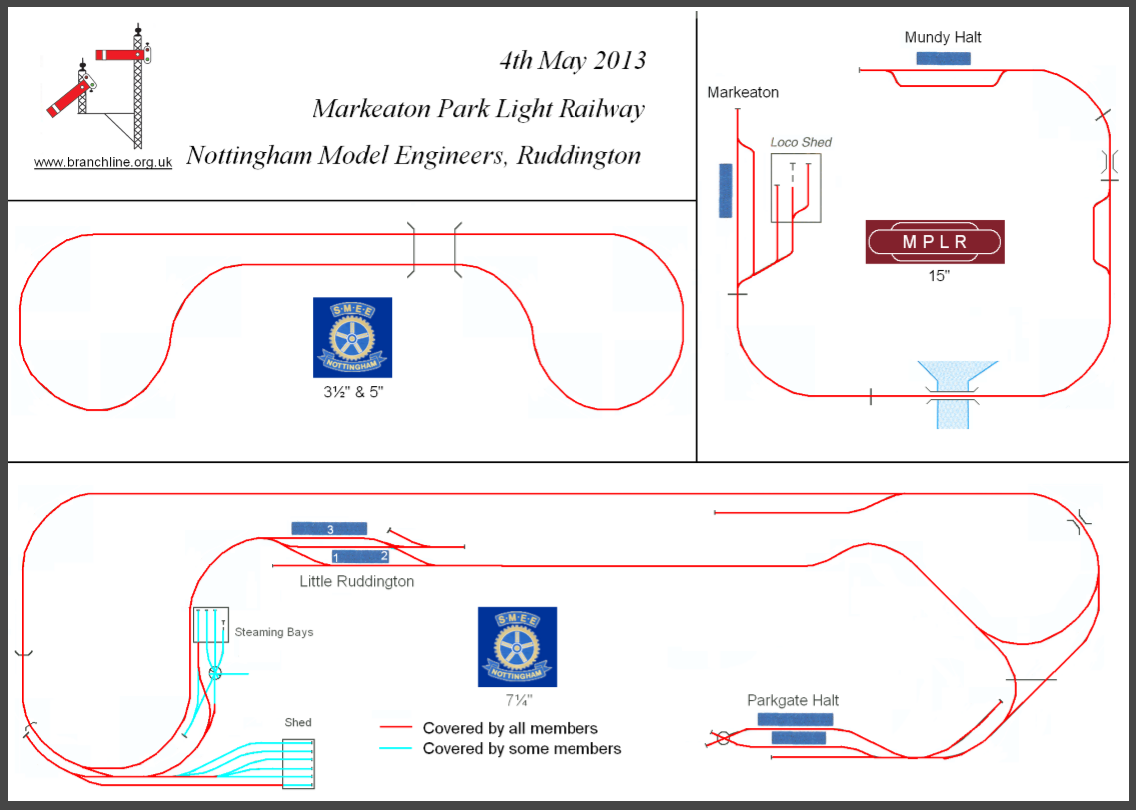